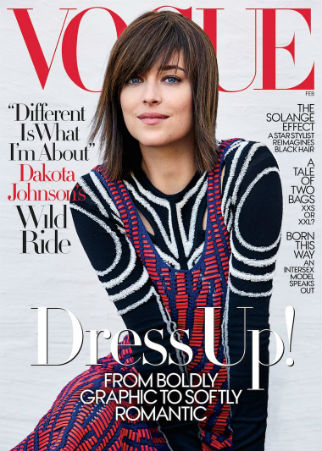 –Joaquin Phoenix and Rooney Mara as a couple makes SO MUCH sense to me.

-The world will never get to see Joseph Fiennes as Michael Jackson, as U.K. broadcaster Sky said it has decided not to air that Urban Myths episode.

-It sounds like Robin Thicke and Paula Patton‘s custody fight is getting dirty. He is being investigated for child abuse after allegedly admitting to his son’s school that he’s “spanked” the kid.

-The Arrangement creator claims the show has nothing to do with Tom Cruise And Katie Homes’ relationship. This is not how to sell a show, sir!

-Following surprise nominations from the WGA, PGA and DGA, Deadpool pulled together an award season reel — which of course features assless chaps.

-Ohhh….Lifetime is developing an adaptation of the psychological thriller You, produced by Greg Berlanti and possibly starring Arrow’s Emily Bett Rickards if tweet teases are to be believed. I tore through that book in a weekend and loved it (and kind of started rooting for the stalker? It was weird).

–Patti LuPone guest-stars as Rebecca’s rabbi on Crazy Ex-Girlfriend tonight and I am here for it!

-Girls star Jemima Kirke and husband Michael Mosberg reportedly separated months ago. But who’s going to grab her butt when she’s getting out of the shower now?

–Ryan Murphy knows you want Taylor Swift and Katy Perry for season 2 of his show Feud, but it’s not going to happen. K, then how about Mariah vs JLo?

-This story about Zsa Zsa Gabor’s widower holding her ashes hostage is bananas.

-The new XX album is streaming. Stick it in your ear holes now!

-If anyone else was publicly pushing this hard to be Green Lantern I’d find it gauche, but since it’s Sterling K Brown it somehow comes off as endearing.

-The first box-office bomb of 2017 (probably) is here: Monster Trucks is a $125 million live-action hybrid expected to take in just $8-10 million at the box office this weekend.

-Meet more of the monstrous residents of Skull Island in the new Kong trailer.

GQ Men of The Year Awards