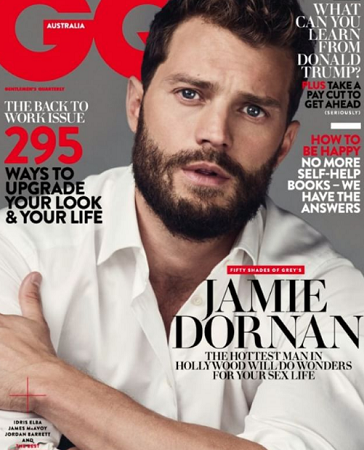 -“It doesn’t float my boat,” Jamie Dornan says of S&M. I’m guessing answering invasive questions about his sex life probably doesn’t do much for him either…

–Bryce Dallas Howard wasn’t great at playing Pyramid on The Tonight Show – much to the chagrin of teammate Michael Strahan.

–Jennifer Aniston and Kate Hudson go to a “movement guru” and I need to know everything about this STAT.

–Matthew McConaughey says Camila Alves rejected him at the start of their relationship. She was probably just remembering his performance in The Wedding Planner…

–Jessica Biel also landed a new TV series, which seems like the right career move for her.

–Drew Barrymore goes full zombie in the first full trailer for Netflix’s Santa Clarita Diet. I really like the campy tone of this, but am hoping they don’t go too overboard with the gore.

-Speaking of Netflix’s trailers, here’s the new one for Bob Odenkirk‘s Girlfriend’s Day.

-Wait, neither Skylar Astin and Ben Platt are in Pitch Perfect 3? I’m not sure I’m ok with this.

–Riz Ahmed, Matthew Rhys, Tracey Ullman, Corey Stoll, Rita Wilson and pretty much everyone else in Hollywood will appear in Girls’ last season.

-Meanwhile, as much as I’m not always a fan of Chelsea Handler, I really liked her essay on why she’s leading the Women’s March in Park City this weekend. I’m marching. Are you? For sister march information in your city, click here.

-I dig that the AV Club is paying tribute to Popular, Ryan Murphy‘s first (and best?) series. I needed this reminder since Arrow has somehow managed to dull my love of Carly Pope.

-This is nice: if No Tomorrow and Frequency end up getting canceled, the CW promises they’re wrap up each show’s stories with webisodes. I don’t watch either, but I like this trend.

-Like many, many TV costars, Benedict Cumberbatch and Martin Freeman probably don’t like each other very much. Whenever I read anything about Freeman I’m reminded of this terrible EW interview. I probably wouldn’t like him very much IRL either.

-Meanwhile, I don’t watch Sherlock but man is the internet angry about that finale.