–Jennifer Lopez and Drake were spotted making out and dancing at a prom-themed event (where they just happened to premiere their new song. Complete coincidence though.)

–Lindsay Lohan has written a Mean Girls 2 treatment and someone needs to leak that shit RIGHT NOW!

-The final two seasons of Game of Thrones is going to have less episodes but the same budget — so expect those eps to look *good*.

-A song has leaked from Beauty and the Beast. Bad audio quality but otherwise hope-inducing.

–Ben Mendelsohn (aka – the best part of anything you’ve seen in the last two years) is getting a divorce.

-Remember Ashley Greene from Twilight? She just got engaged.

-I’m pleasantly surprised to see Nocturnal Animals show up on some Worst Of lists. The more distance I have from that movie, the more I sour on it. As the Globe says, it’s “like a discount-perfume ad designed to be played in abortion clinics.”

-The new Homeland season isn’t set to premiere until Jan 15, but Showtime dropped it on demand already. I’ve been out on that show since season 2 — and this review of the new episodes isn’t changing my mind.

-This is gutting: Carrie Fisher and Debbie Reynolds will share a funeral.

-The adorable story of how Orange Is the New Black’s Samira Wiley got engaged is what we all need to close out this rough year.

–Halle Berry’s divorce from Olivier Martinez has finally been finalized.

-In happier marriage news, Adele might have gotten hitched over the holidays. My mother will be thrilled. She worries about her.

-This clip of Mariah Carey pranking her assistant makes me want to catch up on all the eps of her reality show that have piled up on my DVR. It also makes be only want to hear her speak in a Jersey accent from now on.

-This quote from Harvey Weinstein about Rooney Mara’s dislike of press tours is both funny and eye-roll-y.

-I love Olivia Coleman but there’s just no way I can watch something as depressing as a new season of Broadchurch anymore.

–Serena Williams is engaged (yay!) to the co-founder of Reddit (uh…).

–Kate Winslet paid tribute to her friend, the late Alan Rickman, in a moving letter to EW. She talked about how when he went out to dinner with anyone, he’d always call ahead and pay for the bill and whenever anyone called him out on it, he’d simply say: “I’ve got two words for you: Harry. Potter.”

-This is a very good list of the 9 ways Hollywood needs to do better in 2017.

-A new trailer for Michael Keaton‘s McDonald’s movie The Founder has arrived. 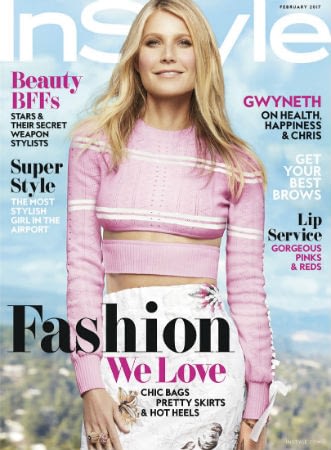 –Gwyneth Paltrow delivered a late Christmas gift with her new InStyle cover story, in which she congratulates herself for being a lifestyle guru trailblazer, boosts about how Chris Martin would still take a bullet for her, and pats herself on the back for introducing the world to “conscious uncoupling” because “I honestly think Chris and I have contributed something positive to the culture of divorce.” Amazing levels of goopy goodness to close out the year!

–Justin Bieber is doing yoga on a yacht. Sure.

-Teen Vogue continues to slay, this time with their takedown of the plot of Passengers.

-Congrats to Pink, who had new son Jameson Moon Hart on Boxing Day.

–Amanda Palmer gushing about how Donald Trump is “going to make punk rock great again” is so gross.  I hate this take that the world being awful is somehow going to be a boon for pop culture. Art is not more important than the people who make it. Not to mention that the people who romanticize the struggle are rarely the ones stuck with the most struggling.

-Sometimes Ariana Grande says something that makes me like her so much… and I feel so confused by it.

-In her new Shape cover story, Kate Beckinsale says she’s never actually finished an alcoholic drink in her life. Sigh. Fine, Kate. I guess I’ll just continue drinking enough for the both of us.

-Netflix needs to pump the brakes on those rumours of a new season of Gilmore Girls. We’re still recovering from the last one.

-I’m so glad Felicity Jones‘ Rogue One Beijing premiere dress is ending up on so many worst dresses of the year lists. Terrible design is one thing, but bad fit is unforgivable.

-Serial’s Adnan Syed will not be released before his murder retrial.

-Here’s the first trailer for I Am Michael, which stars James Franco as a gay rights activist who became a fundamentalist pastor. 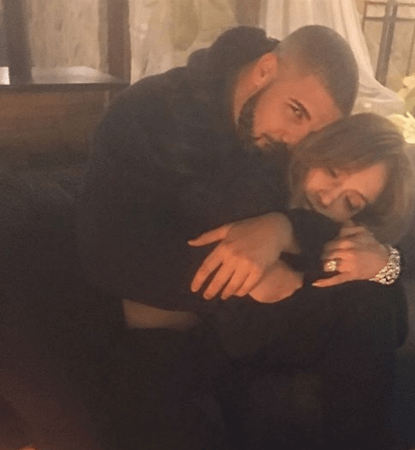