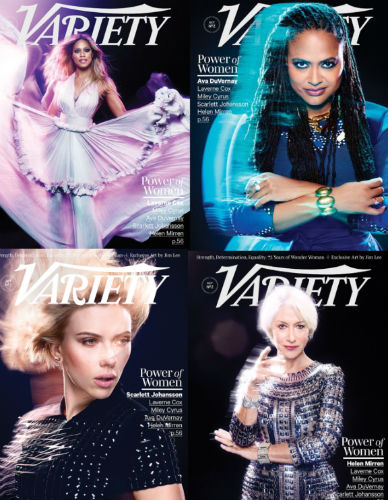 -Also, Miley Cyrus criticized Supergirl, saying she believes it’s “weird” for a show to have “a gender attached to it.” Of all the TV shows out there that aren’t meeting a feminist standard, this is NOT the one to go after, kiddo.

-Joe Jonas did a Reddit AMA and he really took the “anything” part literally. He talked about losing his virginity to Ashley Greene, his penis size and a whole bunch of other stuff that I’m sure is going to help sell his new single. That’s how this works, right?

–Cathriona White’s mother, Brigid Sweetman, is suing Jim Carrey for wrongful death. Meanwhile, Carrey’s lawyer says she was estranged from her daughter and is just trying to take advantage of a terrible situation.

–Shailene Woodley says she’s fine after being arrested — which she filmed.

-I honestly have no idea what Angelina Jolie‘s PR team is thinking lately.

-And Jesse Eisenberg is going to be a dad soon.

-In other domestic news, Shia LaBeouf and Mia Goth are not legally married. Does that mean she’s not entitled to 50% of his glorious rattail?

-So St. Vincent really is dating Kristen Stewart? Imma need her to write a dating memoir one of these days…

–Billy Bush may sue NBC over the leak of the bus tape? Seriously? (Meanwhile, here’s a good history of his grossness.)

–Janet Jackson officially announced her pregnancy at 50 with this photo.

-I really like this article about what we lose when we move away from the 22-episode TV season. Though I think most network shows would work better as 13-18 episodes seasons, I’m not totally sold on the supershort Netflix/HBO model. Some of my favourite episodes of TV only happened because they needed to fill space. Remember The Good Wife’s “Red Team, Blue Team”? Or Breaking Bad’s “Fly”?  Or Buffy’s “Superstar”?

-Man, Gabrielle Union is having a tough month. First she had to carry the load on the Birth of a Nation press tour, and now she’s suing BET over Being Mary Jane over her contract.

-Wait, so the live-action adaptation of Mulan features a white male lead?!

–Jeremy Renner likes his coat and sees no reason to take it off during an interview, no matter how much he’s pressured. I mean, it IS a good coat.

–Joss Whedon calls Donald Trump “actual evil” in a new video. “I write movies and TV of vampires and superheroes and Norse gods and stuff. I could never have come up with something as ridiculous and outlandish as Donald Trump.”

–Amy Schumer is breaking up the boys’ club as the first woman to ever land on Forbes’ highest-paid comedians list. Ever.

–Emma Watson seems to really like our First Lady.

-A new movie trailer featuring Idris Elba came out a few days ago, and I missed it?! I’m so ashamed.

Chrissy Teigen Talks Speaking Up and Stepping Back