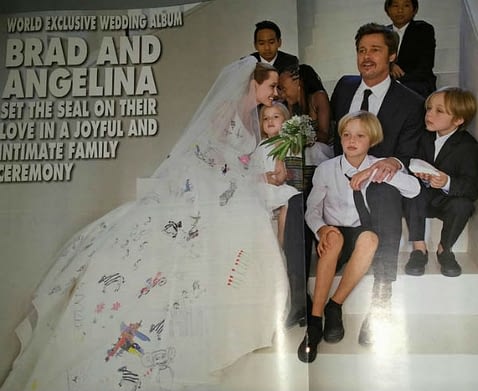 –Emma Stone kicked her Oscar campaign into high gear by bringing Jennifer Lawrence as her date to a La La Land screening.  Frankly, I think she and Ryan Gosling will have it in the bag if they just recreate this scene on every red carpet for the next couple of months.

-Proving that everyone really does know everyone else in Hollywood, Tobey Maguire was photographed partying with Justin Bieber’s ex Sofia Richie just before his split announcement.

-Meanwhile, Justin Bieber would like fans to express their excitement at his concerts with polite head nods. If you’re *really* feeling it, you can tap your toes. But only if you must.

–Rihanna‘s employee’s  created a pinata of her head for Boss Appreciation Day because they clearly don’t value their personal safety.

-I’m weirdly proud that Robbie Amell and Italia Ricci are big enough stars to get a full spread in Us Weekly devoted to their wedding. I hope they made lots of bank from it. (Too bad the photo of her chowing down on a Big Mac at the reception only made the print edition.)

-Is anyone else noticing that all the superhero shows are bottoming out in the ratings this season? Are we superhero’d out?

-I have questions about Rory in the new Gilmore Girls posters. Mainly, why didn’t they give her a sweater? And why doesn’t she hold objects like a normal human being?

–Ellen Degeneres has laughed off those rumours that she and Portia are getting a divorce in her new People cover story.

–Sarah Jessica Parker says rumours of a feud with Kim Cattrall “confound” and “upset” her.

-Meanwhile, Amy Schumer wrote an open letter to Tampa after a bunch of Trump supporters walked out of her show.

-I’m so curious to see if Casey Affleck‘s sexual assault accusations are going to derail his Oscar chances like Nate Parker‘s did. The Magic 8 Ball seems to indicate “not at this time.”

-Meanwhile, Birth of a Nation could lose $10M for Fox.

-The first teaser for Guardians of the Galaxy Vol. 2 is here and it’s pretty damn great. Baby Groot!