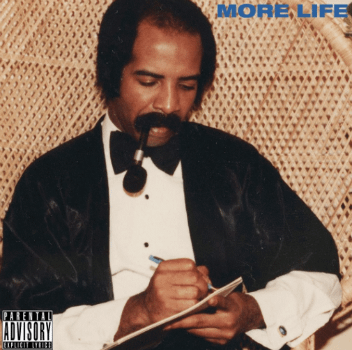 -It’s Drake‘s birthday but we’re the ones getting presents! To celebrate his 30th, he announced a new album and debuted some original tracks.

-In honour of Drake‘s birthday, here are a bunch of celebrities performing a dramatic reading of “One Dance.” (This was clearly filmed during TIFF.)

-No no no! There are rumours about Demi Lovato and John Mayer hanging out. Burn it with fire!!!!

–Kim Kardashian has dropped her lawsuit against Media Take Out after they apologized for claiming she faked her Paris robbery.

-As if I couldn’t love Netflix’s Jessica Jones more, the second season will be directed entirely by women.

-How did I not know that Jeffrey Dean Morgan owns a candy shop with Paul Rudd?! I think I’ve had that dream!!

-Speaking of JDM, I feel kind of bad for him because he was the best part about last night’s total piece of shit episode of The Walking Dead. I’ve never seen a show that hates its audience more. Critics were also not impressed. At all. Like, really. This was probably my favourite takedown.

–Emmy Rossum says her first time directing Shameless involved blocking scenes with Legos and teaching her costars how to snort cocaine. As you do…

-Deadpool 2 has lost its director — and it sounds like Ryan Reynolds’ ego may be to blame.

-And now people are petitioning for Tarantino to direct it. What?

–Tom Hanks‘ SNL monologue wasn’t great, but there were some killer skits in the ep, especially Black Jeopardy and the one about CBS’s attempt to make a prestige show.

–Kanye West is threatening to skip the Grammys if Frank Ocean isn’t nominated. I … kinda agree with him? Whoa. That feels weird.

-The lawyers for Serial’s Adnan Syed have asked the court to free him on bail.

-This might be the least attractive I’ve ever found Johnny Depp. And that’s saying something.

–Imogen Poots and Michael Shannon are in a May-Dec romance in the moody new trailer for Frank & Lola.