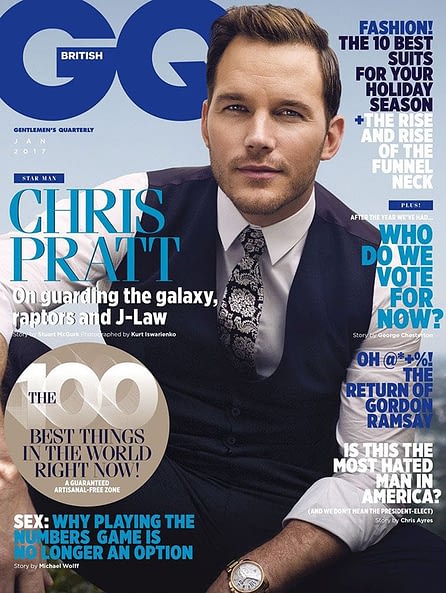 -In her Rolling Stone story, Evan Rachel Wood originally said she’d experienced “physical, psychological sexual” abuse in the past, but the day after Trump was elected (just before press time), she emailed the writer to clarify that she’d been raped twice. “I don’t believe we live in a time where people can stay silent any longer. Not given the state our world is in with its blatant bigotry and sexism.”

–Kanye West will not be released from the hospital today as originally planned. Meanwhile, sources say he’d been having nightmares about Kim’s robbery before his hospitalization and ‘wasn’t able to snap back‘ without his wife by his side.

-Every clip from Leah Remini’s new anti-Scientology show on A&E is like the fire emoji come to life.

-I really like the new clips that are out today from Variety’s Actors on Actors series. Ryan Reynolds charms Taraji P. Henson with a story about his “failed” audition for a Coen brothers, while Emma Stone and Molly Shannon discuss their worst on-stage nightmares.

-Here’s the first clip of Lin-Manuel Miranda talking about Alexander Hamilton on Drunk History. I hope he gets 1000x sloppier.

-This might be the best celebrity story of the decade: at a fancy British party, Princess Beatrice joked to James Blunt that she could “knight” him, and she ended up slicing Ed Sheeran’s face with a sword. I love all of those words!

–John Mayer and Mandy Moore are being all flirty on Twitter. New (fake) couple alert?

–Lupita Nyong’o talks about sleeping with goats on a new Billy on the Street segment. As you do.

–Amber Heard spoke out against violence towards women in emotional Facebook video.

-This festive short from Wes Anderson for H&M is Adrien Brody‘s best work in years.

-Overall I thought the Gilmore Girls revival was pretty good, though I had Issues with a capital “i” over the ending — and how terrible Rory was in general. The worst part was what a terrible journalist she turned out to be.

-Also, I love Vulture but their incessant Gilmore Girls tweets this weekend almost made me unfollow them.

-No, Scarlett Johansson. You’re not allowed to call for more diversity in Hollywood while promoting your lead role in Ghost In The Machine. That’s not how this works.

-In her new book, Kathy Griffin says that Ashton Kutcher is “rude” and a “d-bag.” Sounds about right.

-Star Wars is struggling to find a female director with proper experience, says Kathleen Kennedy. Total bs. They gave Rian Johnson a Star Wars movie and the only things he’d done before was Looper and Brick. Trevor Trevorrow got Jurassic Park after just Safety Not Guaranteed. Josh Trank got to do Fantastic Four after only doing Chronicle. White dudes who only have one or two indies in their credits get handed the keys to the kingdom, but no one will take a chance on women directors.

-Garbage’s Shirley Manson discusses feminism, beauty and aging like the boss that she is.

-Yikes. Anthony Michael Hall was charged with felony battery after an alleged beatdown and now faces a 7-year sentence.

-The new Riverdale trailer looks like the CWiest show to ever be on the CW. Who knew Archie had abs?!