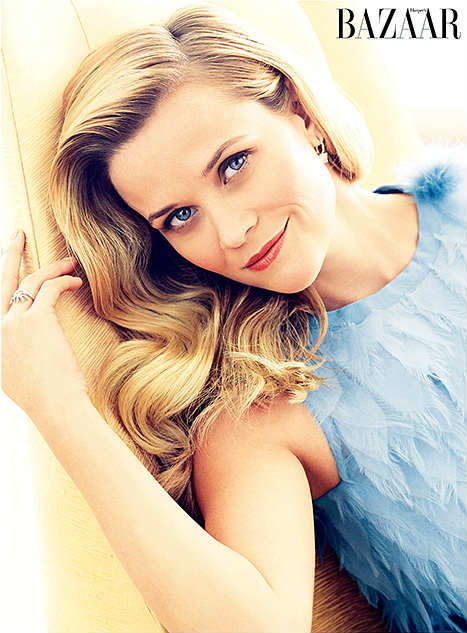 –Reese Witherspoon looks retro chic on the cover of of Harper’s Bazaar UK, in which she begs us not to judge her based on her looks. Ok, we’ll go back to judging her on her drunken arrest, then.

-Good read on how tonight’s Arrow/Flash crossover has trumped the film version of Batman vs. Superman.

-Now we have video of George Clooney on Downton Abbey. For the first time, I wish I watched this show.

–Jimmy Kimmel set out to create a new holiday song with The Killers, and the results are pretty great.

-This is why Mo Ryan is one of my fave TV critics: she spends a great deal of her interview with Sleepy Hollow’s EP telling them why this season sucks and explaining how Katrina is the worst. (Seriously, last night’s winter finale was dreadful.)

-This new interview with Tilda Swinton is as batshit as you’d hope.

-At the BFAs last night, Rihanna forgot her pants.

-Speaking of the BFAs, Harry Styles presented an award to Emma Watson and the internet exploded with hopes and fan fic.

-Speaking of Fallon, Gabrielle Union told him a cute story about how she was invited to a party at Prince‘s and thought it would be a good idea to bring a tuna casserole. It wasn’t.