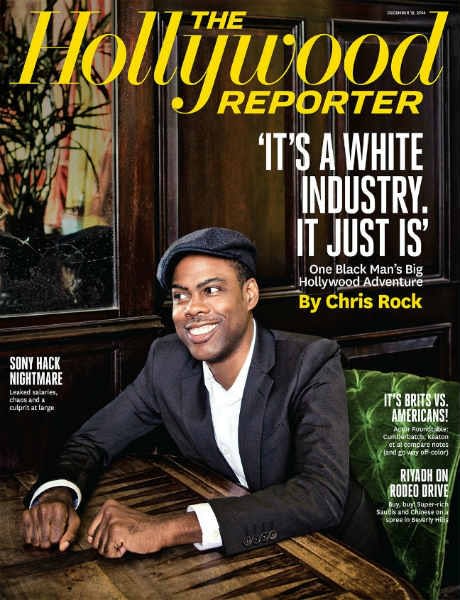 –Chris Rock is on FIRE this week. First came his New Yorker interview, and now he penned an essay for the Hollywood Reporter and it’s a must read. Here’s a taste: “How about True Detective? I never heard anyone go, “Is it going to be Amy Adams or Gabrielle Union?” for that show. I didn’t hear one black girl’s name on those lists. Not one. Literally everyone in town was up for that part, unless you were black. And I haven’t read the script, but something tells me if Gabrielle Union were Colin Farrell’s wife, it wouldn’t change a thing.” Seriously, go read it right now. I’ll wait.

–Eva Mendes talked about why she and Ryan Gosling stayed mum about her pregnancy for so long. (Mostly: it was none of your business.)

-It’s probably not a good sign with even People magazine is speculating that things between Johnny Depp and Amber Heard are cooling off.

-In other cover stories, Bradley Cooper speaks about his struggles with addiction in the new Vanity Fair.

-I don’t understand what kind of studio would upload a trailer for Jay Baruchel’s new movie and geo-block it from Canadians. Don’t they know we’re his peeps?

-This is weird, totally unexpected new: Source Code is getting a sequel. I really, really liked that movie but it made about $3 at the box office.

-I’m not sure this is Anna Kendrick’s best colour, but I dig the clutch.

–Rosario Dawson has adopted a 12-year-old girl. (Also, how did I not know she used to date Danny Boyle?!)

-Speaking of TV superheroes, Stephen Amell did a Facebook video Q&A and talked about how you should approach him in public. (TL;DR: it’s all cool, but be respectful if he’s with his baby. “If I’m out in public, it’s not like I shouldn’t expect it. Celebs who do that are assholes.”).

-Also, part one of the Flash/Arrow crossover was amazeballs. High hopes for tonight’s!

-Speaking of last night’s TV, I don’t watch Sons of Anarchy but everyone on my Twitter TL was freaking out over this scene.

–Tom Cruise really needs to figure out that whole ‘they drive on the other side’ thing while filming in London.

–Meryl Streep had a Thanksgiving kitchen emergency so she ended up using neighbor Gwyneth Paltrow’s oven.