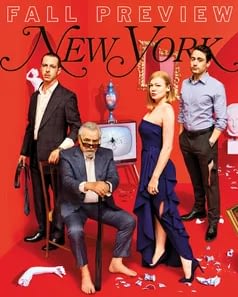 -I’m going to share a lot of Vulture profiles today because there were so many good ones, but none better than Hunter Harris’ cover story, in which she went on location in Italy with the cast of Succession.

-All the boldfaced names in Italy this weekend for Dolce & Gabbana’s show made it clear that celebs and their stylists are back to being totally cool with D&G now despite their alleged racist, homophobic and fatphobic behaviour, especially if it involves a (free?) trip to Venice.

-Not only am I wondering what Jennifer Lopez was thinking by attending, but I’m also wondering why no one took the price tag off her cape?

-Also regrettable was her overdrawn top lip line. Billie Eilish has tried to make this a thing too, and I hate it.

-Rumour has it that a very rough cut of The Batman screened this weekend and the reaction was positive. It’s apparently horror-level dark, and Pattinson and Kravitz are great.

–Patty Jenkins says the hybrid release of Wonder Woman 1984 was “detrimental” to the film’s success. I mean, it was also possibly because the film was…not good?

–Emily VanCamp is leaving Fox’s The Resident after 4 seasons. Isn’t she the co-lead? There’s no official word why yet, but she’s back in the MCU — not to mention she and her husband, Revenge costar Josh Bowman, recently welcomed a baby girl.

-Manifest has been saved. Netflix is bringing back the cancelled show with a final, 20-episode season. Apparently NBC also made an offer, but Netflix’s had more episodes and a bigger budget.

–Drake will release his next album this Friday (which he weirdly announced on Sports Center).

–Kanye West‘s new album is out (after a bizarre listening party where he “married” Kim Kardashian and featured Marilyn Manson and DaBaby). He’s now claiming Universal released the album without his approval and that they blocked the DaBaby track.

-The album reviews are decidedly mixed.

–John Cho talked to Vulture about getting superhero fit for Cowboy Bebop. “The biggest fear that I had was I was too old. I knew people were gonna have issues with my age. And I had to get over it.” Who has issues with his age?!? Point me at ’em!

-Is this why Tom Cruise was so yell-y on the Mission Impossible 7 set? Paramount sued its insurer today for refusing to cover the vast majority of its losses due to pandemic-related shutdowns on the film.

–An IG account features crew members begging for more rest periods amid complaints that they are working dangerously long hours to meet streaming production schedules. I’ve been following this account for about a month now and the stories are horrific. Lowly PAs who have to pick up the food being expected pay the tip out of their own pocket, crew not being allowed meal or bathroom breaks, and department heads fudging crew’s hours so they don’t have to pay overtime.

-The first male to speak publicly with allegations against R. Kelly took the stand today, describing sexual abuse when he was just 17.

–Nia DaCosta is the first Black woman filmmaker to open a movie at No. 1 at the domestic box office with Candyman. Good for her, but also how depressing that it took this long.

–Halsey says she was turned down by some publications while promoting their new album while pregnant because “they didn’t want a maternity cover.”

-Meanwhile, I like this look back into how Halsey spent a lot of time on the internet during their teenage years — specifically Tumblr, and even more specifically, One Direction Tumblr.

–Jon Stewart has something wrong with his face in the new teaser for his AppleTV series.

–Ewan McGregor and Ethan Hawke are teaming up to play brothers in Apple TV’s Raymond and Ray.

-Speaking of new AppleTV duos, Chris Evans and Scarlett Johansson are reteaming for a romantic action-adventure film at Apple.

-Joe isn’t happy he has a son in the season 3 teaser for Netflix’s You. Meanwhile, Penn Badgley talked to Vulture about the new season and says he doesn’t want viewers to root for his character; he wants to push them toward a deeper consideration of You’s themes and the societal myths that allow men like Joe to get away with violence toward women.

-AMC has renewed Kevin Can F*ck Himself for a second season, a show that got much better as it went on.

-Last week’s episode of Ted Lasso was the best of the season so far. Brett Goldstein’s episodes always crush me.

-There’s a lot of speculation about which celebs are invited to the Met Gala, but it sounds like Addison Rae is in.

–Camila Cabello is a good singer, so why is this clip of her singing in Cinderella so not good?

-Here’s the trailer for Jake Gyllenhaal’s The Guilty, which is making the festival rounds before hitting Netflix.

Gwyneth Paltrow Talks Spray Cheese, Being “a Sexual Being”