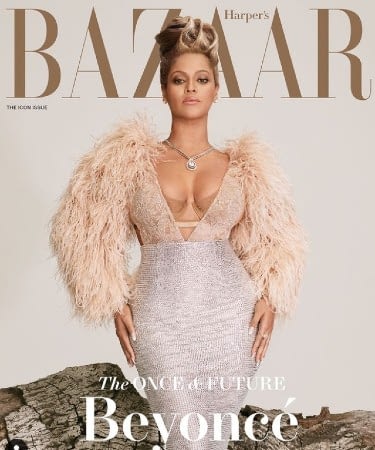 -Harper’s Bazaar just won the September cover wars by getting Beyoncé to grace their icons issue. Though not really an interview (’cause she still doesn’t do those), she talks about how the quarantine gave her a chance to focus on herself (“I have not always made myself a priority. I have to take care of myself and listen to my body”), and what she’s working on (“I’ve been in the studio for a year and a half. There’s nothing like the amount of love, passion, and healing that I feel in the recording studio. … Yes, the music is coming!”)

-People are going crazy about it, but I am not buying these dubious reports about Jennifer Aniston and David Schwimmer dating. What even is this source?? Until we get a legit sighting, let’s assume they’re still on a break.

–Harry Styles and Olivia Wilde look happy and matchy while on a lunch date.

–Christina Applegate revealed she was diagnosed with multiple sclerosis earlier this year. “It’s been a tough road. But as we all know, the road keeps going. Unless some asshole blocks it.”

–Rihanna‘s Fenty perfume sold out within hours, so she celebrated with caviar in bed. We have very different lives.

-Does this mean we’re going to be able to smell like her now? Because no one’s scent gets randomly mentioned as much as hers.

-It looks like Lily-Rose Depp is no longer with Timothée Chalamet. She was spotted making out with Austin Butler.

-I’ve watched all of HBO’s The White Lotus and I’m still very undecided about whether I like it or not. I like what it’s saying about class and race — but I don’t think I actually *like* it. In any case, it got renewed for a second season with an entirely new cast. Creator Mike White has talked about how season one came together quickly because HBO needed an easy-to-shoot-during-covid show to slot into their schedule, and every script is like the “first draft,” so maybe I’ll give season two a shot.

–David Duchovny and Gillian Anderson sending each other birthday tweets has really made my week.

–Ali Wentworth says she and Mariska Hargitay once encountered a black bear while hiking. “I kept saying, ‘You’re Olivia Benson, do something, go fight the bear!’ ”

-I’m glad film critics are fighting back at studios who demand the screenings be in person.

-The Green Knight will be available for streaming one night only for $20.

-Warner Bros. has agreed to a deal for an exclusive 45-day release for their movies at AMC Theatres in 2022, meaning they will not release day-and-date on HBO Max as originally planned.

–Brendan Fraser got choked up after being told that everyone online is behind him and excited for his new project. I saw him on a panel a couple of years ago and was so intensely charmed. He deserves all the good things.

-I love this piece on Jean Smart and her costumes from her various roles of this year.