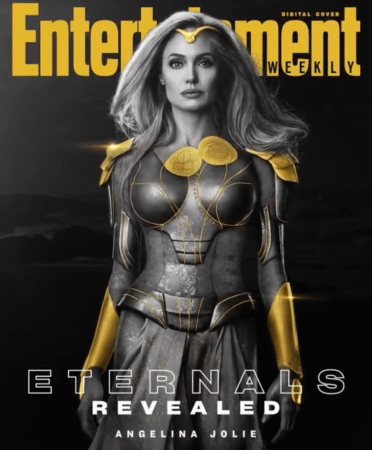 –Angelina Jolie and the rest of Marvel’s The Eternals cast are promoting Chloé Zhao’s upcoming film in EW, while a new trailer quietly dropped overnight. Marvel movies are often criticized for their cinematography but this one looks beautiful.

-The assault allegation against Britney Spears leveled against her by a housekeeper seems shady af. Obviously if it’s true, it’s horrible but one can’t help but wonder if this the new strategy against her? Make her seem violent/unstable?

-I’ve been trying not to get my hopes up about those Zoë Kravitz and Channing Tatum dating rumors because it sounds too good to be true, but dammit. This pic has locked my hopes firmly in the UP position.

–Nicole Kidman was able to skip quarantine in Hong Kong to film her upcoming Amazon series, which is generating some backlash.

-Speaking of Kidman, her new show Nine Perfect Strangers has already dropped its first three episodes — and there’s lots of talk about how it compares to the similarly themed The White Lotus. There’s also lot of talk about Kidman’s awful Russian accent.

–Rosie Huntington-Whiteley is expecting her second child with Jason Statham.

-After a recent Gofundme plea alerted the world that Grace Under Fire star Brett Butler was in desperate financial straits and facing eviction, she sat down with THR for this open and candid interview.

-This piece points out Hugh Jackman‘s long-running tendency to play depressed men chasing after a woman lost in space/time.

–Peter Gallagher is bringing his eyebrows to Seattle Grace.

-Variety’s TV salary report is out, with streamers offering larger than normal payouts. Robert Downey Jr. is rumored to have made at least $2 million per episode for A24’s Vietnam War thriller The Sympathizer — making him one of the highest paid TV stars of all time.

–Nine Inch Nails is the latest act to cancel all remaining concerts of the year.

-Never Have I Ever has been renewed for a third season. I still have to watch the second season but it’s a cute show so I’m glad Netflix is not cutting it short like they so often do.

-Upcoming Jeopardy host Mike Richards has apologized for those offensive podcast comments that surfaced yesterday. As others have pointed out, these comments weren’t decades ago. It was 2014, which is not only not that long ago, but also AFTER there were multiple lawsuits during his tenure at the Price Is Right from models claiming discrimination and insensitive comments.

-Even disregarding his podcast comments, yesterday’s Ringer article clearly lays out how he hustled for the job and stacked the odds in his favour, and is already dismantling the show’s integrity.

–Lee Pace is a ruthless leader in the trailer for Apple’s sci-fi epic Foundation.