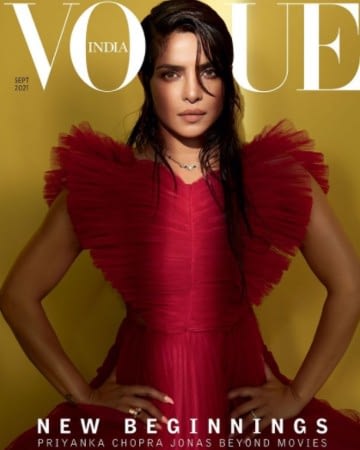 –Priyanka Chopra covers Vogue India and talked about opening a restaurant and launching a beauty label despite the pandemic. “When the pandemic started, I was sleeping in, vegetating on the couch, binge-watching, not working out, eating whatever I wanted. I was like, ‘This is going to be a vacation.’ But when there was no end in sight, I understood that people were going to figure out how to work in spite of that.”

-It took weeks but it finally happened: Mike Richards has been fired as executive producer of Jeopardy and Wheel of Fortune. Michael Davies, the Who Wants to Be a Millionaire executive producer, will take over production duties in the interim.

–Stephen Amell said on a podcast that he’s “deeply ashamed” of being kicked off a flight for drunkenness in June. I can’t believe this didn’t come up during his recent Heels promo tour but it was likely a banned topic. Regardless, it’s a good apology. Of course, he previously screwed up and gave a good apology — only to take it back years later on this very podcast!

-There are a lot of ugly and dangerous conspiracy theories floating around the world right now, but the only one that tickles me is the people who are convinced that Ted Lasso’s Roy Kent is entirely CGI.

–Will Smith surprised young actor Jabari Banks by telling him he’d be the new Fresh Prince in Peacock’s dramatic reboot of the ’90s sitcom.

-I haven’t been able to bring myself to listen to Kanye West‘s album yet, but this article on the misogyny of it isn’t making me want to rush out an do so.

-Here’s our first look at Ariana Grande on The Voice.

-This is a great round up of  music supervisors from The O.C., Gossip Girl, The Vampire Diaries, Teen Wolf, Euphoria, and more teen TV shows, talking about what it takes to elevate a scene from good to legendary through song choice.

-DC has announced dates for their online convention the FanDome, where they will debut new trailers from The Batman, The Flash and more.

–Simu Liu’s tweet about Sandra Oh and Michelle Yeoh attending his premiere made me laugh.

-The Power of the Dog trailer did nothing for me, but there’s already talk of Kirsten Dunst being an Oscar contender.

-The final No Time To Die trailer dropped this morning — and then was quickly taken down. But it’s back up! It leans into the fact that this is (supposedly) Daniel Craig’s final Bond film.