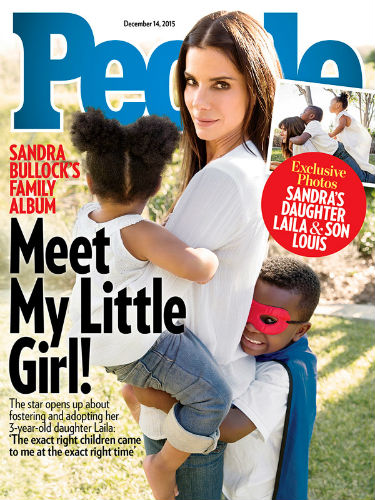 –Sandra Bullock continues to be a secret adoption ninja. After shutting down rumours that she was expanding her family a couple of months ago, she’s now on the new cover of People revealing her three-and-a-half-year-old adopted daughter, Laila.

-I’ve never read a bad Connie Britton interview (because she’s perfection wrapped in awesomesauce), but this one is especially great.

-This is pretty boss: Elizabeth Taylor used to run an underground AIDS pharmaceutical ring to provide drugs to patients wh0 didn’t have access to them.

-Despite its minuscule restaurant, FXX has renewed You’re the Worst for Season 3 because it’s the best!

-Here are the young Hollywood actors who are vying for the role of Hans Solo in the Star Wars spinoff. I’m not super impressed with this lineup but would be interested to see what Rami Malek or Hunter Parrish would do.

-Good on EW for featuring Black Panther on their new Civil War cover, but the “meow” and Real Housewives caption is a big WTF.

–Marnie gets married, Shosanna moves to Hong Kong and Hannah finds a stable relationship in the new Girls trailer.

-Hollywood bigwigs had a secret meeting about the wage gap. Huh.

–Justin Bieber really, really wants you to think Selena Gomez took him back.

-Here’s the first trailer for Ryan Murphy’s new TV movie about OJ, starring David Schwimmer. God, I hate so many of those words.

–Alessandria Ambrosio was reportedly creeped out by the owner of Maxim who lurked around her nude photo shoot for the mag.