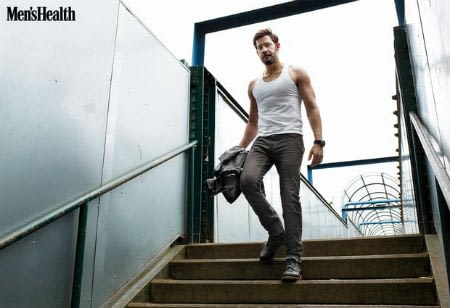 –Azealia Banks has been arrested for allegedly biting a bouncer’s breast. Like, for real.

-The ladies of the First Wives Club are reuniting for a new Netflix show. This would make my mom really happy — if she knew what Netflix was.

-I don’t know anything about One Direction, but their carpool karaoke segment was cute.

-Sarah Paulson, Key and Peele, and Julia Louis-Dreyfus are the latest to read mean tweets on Kimmel.

–Geena Davis is a goddamn hero.

–Zooey Deschanel is being sued by her ex-manager over New Girl commissions.

-Wait, so even the show creators don’t get a peek into Netflix’s ratings? That’s insane.

-This article about the Star Wars promo tour made me super glad that I’m out of the junket game.

-Meanwhile, Tina scouts for Afghanistan news stories in the trailer for the dramedy Whiskey Tango Foxtrot.