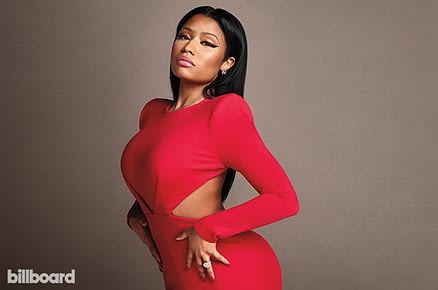 –Nicki Minaj’s Billboard cover story is full of fun tidbits, like how she watches so much Discovery Investigation that Meek Mill is afraid of her, how he still has to give her two more rings before they’re officially engaged, and how she feels about Obama and Hilary Clinton.

-I can’t even bring myself to care about the weird Golden Globes nominations anymore. Trumbo? Rachel Bloom? Ok.

-The Broad City girls had the best reaction to being snubbed by the Golden Globes.

-Read this interview with Amy Poehler and fall in love with her just a little bit more.

–Madonna gave an impromptu concert in Paris Square to honour the victims of the Paris attack.

–Shia LaBeouf is asking callers to “touch his soul” with his art collective’s latest project. I don’t think I’d want to touch any part of that guy.

–Will Ferrell screams at strangers in a new Billy on the Street segment.  You know, I never get sick of these.

-Speaking of TV, I’m pleasantly surprised that The Leftovers is getting one more season, even though its the last.

–Sam Esmail, the creator of Mr Robot, will direct all 10 episodes of the second season. He writes them, too. The writers’ room is in LA, and they shoot in NY. Is he a … Mr Robot?

-Sadness. The saga of Kristin Cavallari‘s brother just took a tragic turn. He was found dead after being reported missing.

-Um, I kind of don’t hate the Teenage Mutant Ninja Turtles 2 trailer. What’s happening to me? Is my love of Stephen Amell clouding my judgement? Am I just weirdly susceptible to Run-DMC‘s “It’s Tricky”? Is this cold I can’t seem to shake actually a neurological disease that’s slowing eating away at my frontal lobe? I’m scared, y’all.