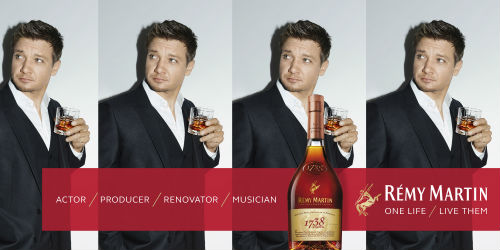 –Jeremy Renner still shouldn’t be allowed to give interviews. When asked about fellow American Hustle actor Bradley Cooper‘s recent vow to help his female costars negotiate their salaries, Renner sniffed “that’s not my job.” Also, he said this when he was on a press tour for a booze brand. Is that his job? Ugh. Just go back to flipping houses and only reading the parts of the script that you’re in, Hawkeye.

-Hold the phone. Jenny Lewis and Bill Murray are dating now?!? WHAT.

-In other weird relationship news, Henry Cavill is reportedly dating a 19-year-old college freshman. Not so super, Superman.

–Anna Kendrick on Billy on the Street is delightful. She really gets into the head of Katy Perry’s cat!

–Sandra Bullock is denying those rumours that she recently adopted another child, saying “There’s only one adopted child in my household.” Weirdly worded, but ok.

–Adele wrote a letter to fans about her new album, saying “Sorry it took so long, but you know, life happened.”

-It’s official: Chris Rock will host the next Oscars.

–Aaron Paul wasn’t the only celeb  to celebrate Back to the Future day, but he was certainly the cutest.

–Kate Hudson is still not going to answer your questions about sexing Nick Jonas, mmm-kay?

-Yikes. Yahoo says they lost $42 million from Community and their two other original series.

-NBC  is proving yet again that they’ve run out of ideas by planning a Cruel Intentions TV show. It will follow Sebastian and Annette‘s son. NOPE.

-There’s a reason this Jurassic World deleted scene was deleted.

–Grantland’s feature on Jan Hooks is a heartbreakingly wonderful portrait of a complicated, brilliant woman.

-What was Blake Lively‘s point with staging this pap opp? Just to show us that she can coordinate her outfit with her baby’s blanket??

–Beyonce and Nicki Minaj put on a raunchy performance of “Feeling Myself” at last night’s Tidal event.

-Meanwhile, Beyonce gritting her teeth and saying “stop it” to her assistant is giving me life.

–Amy Schumer is shooting down that talk of her stealing jokes.

–Natalie Portman gets her Western on in the new trailer for Jane’s Got a Gun.

-I love Jennifer Lawrence (because I’m a living, breathing human on Earth) but every time I see a new Joy trailer, I can’t help but think this role should be played by an actress in her forties instead.

Grey’s Anatomy Looks To the Future