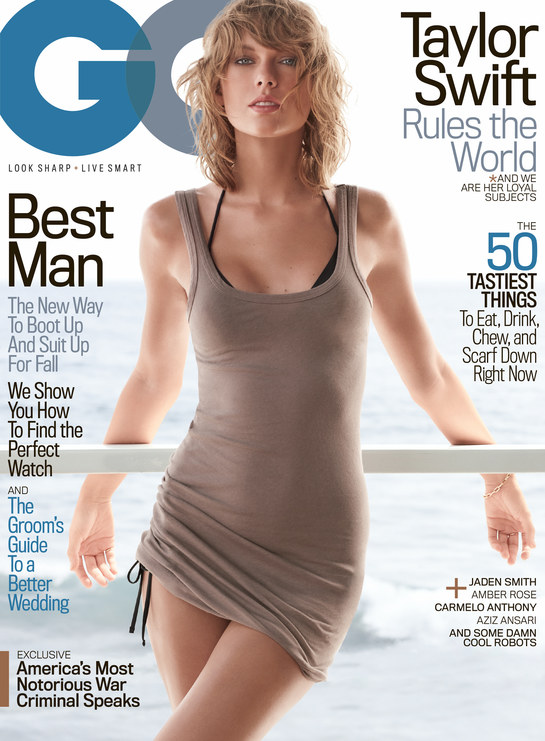 -I went to a music festival last weekend and re-read Killing Yourself to Live on the plane because A) reading about the places where famous musicians died seemed like good prep, and B) Chuck Klosterman is my all-time fave pop culture writer. So I was super excited to see that he wrote the new GQ profile on Taylor Swift — and used it as an excuse to pen an essay on her stardom and strategy. There’s so much goodness in it, but my favourite bit is when she tells Justin Timberlake: “You’re never going to get old. That’s scientific fact. That’s medical.” The way she bristles at being called “calculating” is also fascinating. And when he talks about how she uses two different voices to get her points across? Read the whole thing. It’s worth it.

-In other magazine news, the cover of Ebony’s November issue is powerful and perfect.

-Chris Hemsworth only joined Instagram this week and already he’s killing it.

-Whomp, there it is! A civil suit will be filed against Robert Durst by his long-missing wife’s family.

–Selena Gomez says she has “absolutely” questioned her sexuality. Cue the Bieber jokes.

-I forgot to link to this last week, but the Felicity cast video embedded in the middle of the page giving me life. When Foley calls Speedman “Scotty?” AHH! WHAT IS AIR??

-I want Blake Lively’s shoes and I hate myself for it.

-Back to the Future stars Michael J. Fox and Christopher Lloyd reunited for Toyota commercial and it was all kinds of cute.

–Jessica Chastain is the latest actress to speak out against the Hollywood wage gap: “It’s completely unfair. It’s not right”