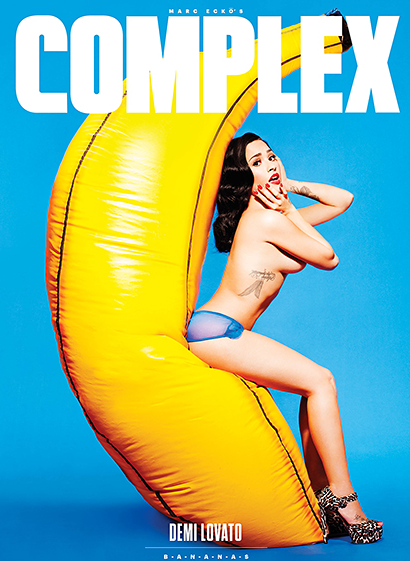 -My excitement for the X Files reboot was tempered when the TV critics I love all said they hated the clip they showed at the TCAs, but damn if the new 2-minute trailer doesn’t have me all in again. ALL. IN.

-This clip of Tina Fey appearing on Billy on the Street is life. “There’s your feminist right there.”

–Jimmy Kimmel gave Matt Damon a much-needed break this week by having him on his show last night for couple’s therapy. I’m still mad at him, but his Dr. Phil impression was on point.

-I didn’t watch Trevor Noah‘s new Daily Show but the consensus seems to be that it’s not so new after all?

-I missed this video when it first came out in August, but the host of the Station Agents podcast was talking about terrible Emma Roberts was when the Scream Queens cast visited the Vanity Fair offices and how Abigail Breslin waited on her hand and foot, so I looked it up. Holy crap. When Ariana Grande comes off as the normal nice one, what is life?

-So sad: Jim Carrey’s ex-girlfriend Cathriona White was found dead with a note found at scene.

-The Avengers: Age of Ultron Honest Trailer is pretty great. I especially liked “Uh, guys? I think we just broke Joss Whedon” and “Roughly one week of Ultron.”

-Also, these Avengers: Age Of Ultron bloopers are the stuff fanfic dreams are made of.

–Mindy Kaling is super happy that Reese Witherspoon was spotted with her book. I don’t blame her.

-Critics seem to be liking The Affair’s second season better than its first. Also, equality nudity!

-ABC Family has given a series commitment to a comedy based on Nicki Minaj’s young life — and she’ll appear in it.

-I like Disclosure’s new video featuring Lorde, especially after she tweeted “one of my life goals has always been ‘to one day play a hitgirl who pretends to seduce then burns alive douchey boyfriends'”

-Does Leonardo DiCaprio‘s Oscar campaign start with him being not so much of a dick?

-DiCaprio is left for dead in The Revenant’s first official trailer.

-I tweeted in jest earlier today “Facebook is down so now we all have time to wonder if Matt Damon is purposefully imploding to deflect from Ben Affleck‘s nanny mess” but the more I think about it, the more I wonder if that could be it? Because I have no other explanation as to how Damon has always been the flawless one when it comes to presenting a sane, normal face publicly, and now’s he’s screwed up YET AGAIN by suggesting that gay actors should stay in the closet for their career. I suggest reading the full interview for context, but here’s the quote everyone’s latched onto: “I think you’re a better actor the less people know about you period. And sexuality is a huge part of that. Whether you’re straight or gay, people shouldn’t know anything about your sexuality because that’s one of the mysteries that you should be able to play.” I mean, by that logic he should stop taking his wife to his premieres. And can you even imagine a scenario in which straight actors are told to hide their sexuality? On the plus side, all these missteps are offering some pretty fascinating peeks into the logic of well-respected, top industry players. And we can all keep using the #damonsplaining hashtag for another week.

–Damon will be on Kimmel tonight. This should be interesting…

-I did an interview with the Toronto Star today defending Justin Bieber’s social media strategy. And then he goes and says a bunch of stupid stuff about tacos and Jesus. STOP MAKING ME LOOK BAD, BIEBER!

–Kaley Cuoco and Ryan Sweeting are divorcing, and she’s already removed all traces of him from her Instagram.

-I don’t have the opportunity to say this enough about celebrity apologies, but I LOVED Michael B. Jordan’s recanting of all that “female” business. “It is a slang term that guys sometimes use to sound slick and cool coming up…I’m a better man than that. This reference to women will not come out of my mouth publicly or in private again.” This is so much better than the standard Hollywood “I’m sorry you were offended” crap.

-Australia denied a visa to Chris Brown because of his history of domestic violence. I love Australia.

–Kate Hudson and Nick Jonas are just doing lunch for business meeting purposes, right? And they just spent the weekend together because the meeting ran so long, right? RIGHT?!

-I wish Jane The Virgin season 1 was coming to Netflix a few weeks before its season 2 premiere so that people had more of a chance to catch up, but at least it’s coming at all.

–George and Amal Clooney celebrated their first anniversary. What a time to be alive!

-Words I never thought I’d type: a Vampire Diaries star had her baby bump blessed by the Pope.

–Justin Theroux isn’t going to be wearing sweatpants this season on The Leftovers, breaking the hearts of GIF makers everywhere.

-Sorry, Raven-Symone, but thin-shaming isn’t really a thing in Hollywood.

-I’ve just started reading Mindy Kaling‘s new book but I’ve already fallen in love with it. Her bits on female friendships are so, so on point.

-According to Chilly Gonzales, Hozier‘s “Take Me To Church” rips off Feist’s “How Come You Never Go There.” I’m not sure I totally hear it, but his breakdown of the song is pretty mesmerizing.

–Fetty Wap has been hospitalized and is recovering after a motorcycle crash in New Jersey.

–John Oliver brought a dead Days of Our lives character back to life for a Syrian teen caught in the migrant crisis.

-More publications are starting to jump to Taylor Swift’s defense in response to all the praise Ryan Adams has had heaped on him for covering her songs. The rock vs pop favoritism has been fascinating to watch unfold. At the end of the day, Adams needs Swift more than Swift needs Adams.

–Frances Bean Cobain married boyfriend Isaiah Silva — but she neglected to tell her mom about it.

–Azealia Banks needs to maybe step away from people for a while.

–Joseph Gordon-Levitt singing “Bitch Better Have My Money” as a ragtime song is my favourite new thing.

–Bradley Cooper wants to be the Yoda of the culinary world in the latest Burnt trailer.