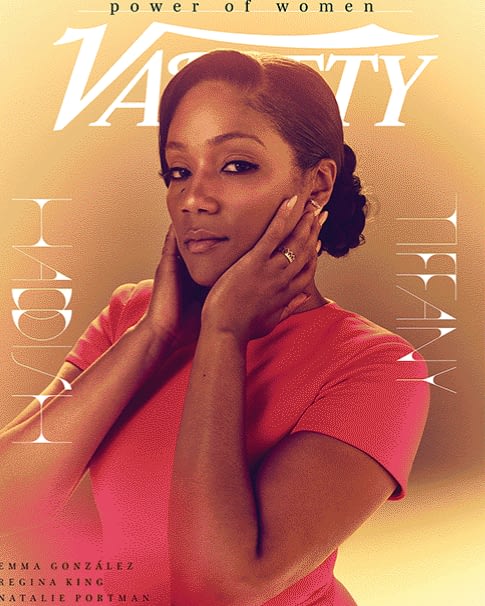 -This entire Tiffany Haddish interview is excellent but I really like her take on why women should speak to each other more openly about salaries and perks. “I think the reason why, a lot times, we don’t get paid the same as men do is because we don’t talk about it. I think we do need to talk about it because I sure get in there and I’m like, ‘Hey, Kate Hudson. How much do they pay you for that? What kind of perks do you get for that?’ I didn’t know they could fill your room up with whatever kind of food you want. That’s why I done gained so much weight, because she told me about all the food you can get. I’m like, you can bring me some tacos and I want an In-N-Out burger.”

-This weekend, Taylor Swift broke her usual stance about not mentioning politics and endorsed two Democratic candidates in Tennessee — and it looks like it may have made a huge impact. Following her Instagram post, Vote.org experienced their second biggest traffic spike, and in the first 48 hours since her post, the site had 240,ooo new voter registrants. Tennessee has seen 5,183 registrations this month so far, half of which came after her post. To put that into perspective, Tennessee saw only 2,811 registrations in the entire month of September.

–Dakota Johnson is fighting a lot of rumours this week. She and Chris Martin hosted a party that happened to have some pink and blue balloons, and everyone assumed (incorrectly) that it was a gender reveal party. She’s also fighting rumours that she’s in a secret affair with Jamie Dornan. (Anyone with eyeballs just has to watch an interview with those two to dispel that one…)

-Stranger Things David Harbour will officiate a wedding in full Hellboy costume for 666k re-tweets. (I kinda like this game where he does ridiculous things for retweets, though I’m getting a little nervous about how far he’s going to take it.)

-A passage that leaked from Busy Philipps’ forthcoming memoir details an alleged assault by James Franco on the set of Freaks and Geeks. The script called for her character to gently nudge him in the chest. Philipps writes that the scripted gesture caused Franco to get so upset, he allegedly “grabbed both my arms and screamed in my face, ‘DON’T EVER TOUCH ME AGAIN!’ And he threw me to the ground. Flat on my back. Wind knocked out of me.” Her costar Linda Cardellini suggested that Philipps report what happened to her manager.

-The fact that Brie Larson is still in Jacob Trembley’s life makes me happy.

-Also making me happy: how much fun Jason Momoa and Mark Ruffalo appear to be having together.

-Ha ha ha. James Gunn may move to DC to write and direct the next Suicide Squad movie.

-Next year’s MET Gala will be co-chaired by Lady Gaga, Serena Williams and Harry Styles.

-I liked this piece questioning whether Lady Gaga‘s character “sells out” in A Star Is Born. I dug the movie, but it was very weird how it leaned so heavily into a 2004-ish debate about how rock auteurs are so much more authentic than pop stars. I’m kind of surprised Gaga didn’t push back on that.

-Reflecting on her 20s, Gwyneth Paltrow recalls being so naïve and arrogant, her own father once warned her, “You’re acting like a dick.”

–Rupert Everett might actually be my spirit animal. In a red carpet interview he said: “I’d like to be dead quite soon. I can’t really deal with the modern world, to be quite honest. I’m very anti-virtual. I do [have an email address] unfortunately. I’m always thinking of stopping it.”

-Apparently there’s always been a lot of sexy subtext in the Venom comics, but the fact that critics are calling the film a “rom-com” and the internet is now shipping Tom Hardy‘s character with the parasite who lives within him actually makes me want to see this thing!

–Riz Ahmed and Tom Hardy explained UK slang for us.

–Helena Bonham Carter talked about working with Harvey Weinstein: “He knew how to get you Oscar nominations. Both my [Oscar] nominations are due to him… [But] I found the way he treated certain people chilling—without any kind of respect. There were many times I disagreed with the way he behaved, and I don’t mean sexually.”

-The 11th season of Doctor Who, which stars Jodie Whittaker as the first woman to play the title role and got rave reviews, grew from last season’s premiere in ratings, while The Walking Dead suffered a new premiere ratings low. It’s like the universe is righting itself…

-EgyptAir is shifting blame for that terrible Drew Barrymore interview to an ad agency. Sure.

–Kanye West is set to meet with Trump and Jared Kushner at the White House on Thursday to discuss prison reform and reducing the violence in Chicago. Oh, problems solved then!

-Aw man, I clearly have to renew my Amazon Prime membership, because the trailer for Good Omens starring Michael Sheen and David Tennant looks great.