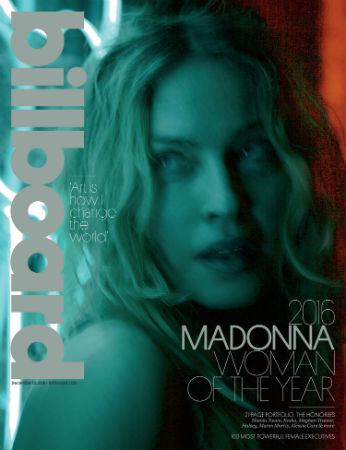 -Billboard named Madonna their Woman of the Year and in the interview, she talks about her charity work in Malawi, how “women betrayed us” by electing Trump, and the double standard of Hollywood sexism (“Age is only brought up with regard to women…When Leonardo is 60 years old, no one is going to talk about his relevance.”)

-According to court docs, Brad Pitt will continue to have “therapeutic visitation” with his kids. He’ll also submit to random drug testing.

-Don’t make bets with Leonardo DiCaprio. Tom Hardy did, then he lost and has the bad tattoo to prove it.

-Not surprisingly, Netflix confirmed they’re working on season 2 of Luke Cage. They also announced plans to  double their number of original series in 2017, because clearly they’re trying to kill us.

-ABC’s Designated Survivor swaps showrunners – again. I dropped that show after episode two because it was good but not great (and there’s too much great TV to settle for just good), but the behind-the-scenes turmoil seems troubling.

-Speaking of good-but-not-great TV, I’m not sure if the reviews of the Westworld finale are making me want to catch up.  Has the internet ever guessed ALL the twists of a show so early before? Mysteries that we all figured out before they were revealed + characters I don’t care about = not the show for me.

–Kelly Clarkson performed her Hamilton mixtape track on the Today Show this morning and it was way too early for me to sob like I did….

–Lauren Graham was on Colbert and proved she knows how to hold a coffee cup.

-This is a good article on how Hollywood won’t let fictional female journalists be competent at their jobs. (It’s mostly focused on movies, but I’d add every female reporter on TV superhero shows to this list.)

–Nick Offerman did an AMA on Reddit, and it ruled. He was asked, “What’s the most feminine thing that you do?” and he answered “win.” Bless him.

-My big takeaway from this Tom Ford interview is that he doesn’t let his 4-year-old son wear dinosaur shoes because they’re “tacky” — which means he would HATE my wardrobe.

–Jessica Chastain, Chris Evans, Michael Cudlitz, Evan Rachel Wood, Ava DuVernay and more celebs railed against Last Tango in Paris director Bernardo Bertolucci after an old interview with him resurfaced, in which he admitted that he and Marlon Brando planned a violent sexual assault scene in that movie without warning the actress first. (The story got a little twisted this weekend, but it’s still terrible.) Bonus point to Anna Kendrick for pointing out that the actress revealed this years ago and was met with silence.

-I have yet to watch Mariah’s World,’ but reviews suggest that Mariah Carey makes zero attempts to come down to our humble level, which makes it great.

-Also, Mariah was all smiles when she showed up to a viewing party for her new E! reality series with backup dancer Bryan Tanaka.

-The judge in Bill Cosby’s case denied his motion to dismiss because the comedian’s lawyers claim he is “legally blind.”

-Steven Yeun got married this weekend and his former Walking Dead co-stars came out in full force. (Except for Maggie. Is that weird?)

–Jensen Ackles and his wife had twins, and named them Arrow and Zeppelin! I know he’s good buds with Stephen Amell, but that seems extreme.

–Jimmy Kimmel will host the 2017 Oscars. He was fine at the Emmys so ok, I guess?

-Ok, so the first trailer for Tom Cruise’s The Mommy is kind of a nonsensical mess, but guys, look how good Jake Johnson looks!

-Marvel knew exactly what we wanted when they released this new Guardians of the Galaxy Vol. 2 trailer: more Baby Groot!