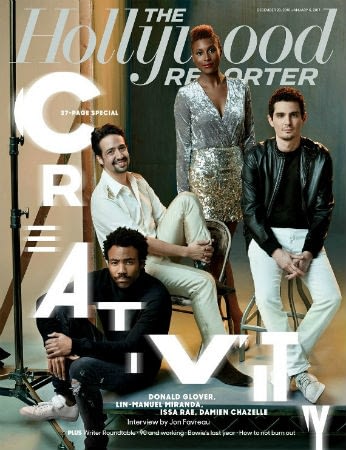 -This is an interesting take on how all of the divorce rumours surrounding Kanye West and Kim Kardashian suggest they’ve lost their tight grip on the media.

–Mariah Carey is still wearing that $10 million engagement ring from James Packer  because men come and go, but diamonds are forever.

–Julia Roberts is the latest huge movie star to sign onto a TV series. She’ll star in limited series based on Maria Semple’s latest book, Today Will Be Different.

-If Joss Whedon directs the Supergirl and The Flash musical crossover I will die of happiness.

–Jay Mohr filed for divorce from wife Nikki Cox — for the second time.

-The View co-hosts don’t seem too shaken about Raven-Symoné and Candace Cameron Bure’s exits: “It’s like, whatever.”

-Here’s the first trailer for Sneaky Pete, produced by Bryan Cranston. (I keep thinking this is called Skinny Pete and get so excited!)

–Michael Stipe and James Franco joined Stephen Colbert to celebrate the end of 2016 with a song.

–Faith Evans and Stevie J are a couple now.

–Carrie Preston just joined The Good Wife spinoff. I loved her character, but Lisbeth seemed like a “small doses” kind of person.

–Mindy Kaling says she’s frustrated with all of the paparazzi focus on the Ocean’s Eight set — because they don’t care about her at all. (“People think I’m Sandra Bullock’s assistant.”)

–Jennifer Aniston has gotten out of the hair care game.

–Amy Schumer and Goldie Hawn are a nutty mother-daughter duo in the Snatched trailer.