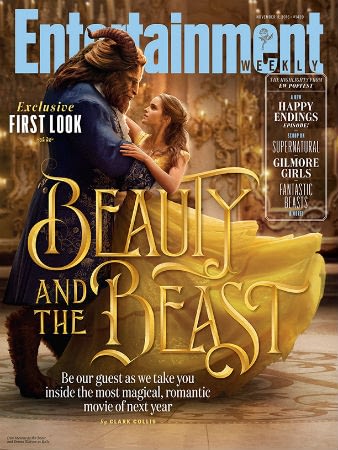 -I don’t know why these photos of Beauty and the Beast have me simultaneously excited and worried, but that’s where I’m at.

-Speaking of Emma Watson, she’s hiding feminist literature in the London tube, which is pretty boss.

-The thing I hate about all the noise surrounding Lindsay Lohan‘s weird new accent is that she spends 3+ minutes talking about her recent visit with Syrian refugees in southeast Turkey, but all anyone is saying is “she talks funny!”

-It’s actually happening! Prince Harry and Meghan Markle were reportedly spotted together at a Halloween party in Toronto.

–Val Kilmer is calling BS on Michael Douglas‘ comments that he has cancer. (“I love Michael Douglas but he is misinformed. The last time I spoke to him was almost two years ago.”)

–Leah Remini urges everyone to “wake up” in the first trailer for her Scientology docuseries.

-Expect Atlanta to be on all the ‘best TV of 2016’ lists this year. That was a near-perfect first season.

–Jake Gyllenhaal doesn’t mind riding the subway, even though everyone mistakes him for Aaron Rodgers.

-Networks are pulling their new episodes tonight and running repeats because of the World Series. (Except for the CW ’cause they’re all “Ratings? What are those?!”)

-Also new tonight is the Country Music Awards, which will open with Beyonce! I don’t understand how that works but I am not complaining.

-In a new essay, Mila Kunis says she was once told she’d “never work in this town again” after refusing to pose semi-nude for the cover of a men’s magazine. Spoiler alert: she kept working just fine.

-UnREAL will have a woman suitor in Season 3 to “shake up the show.” How about shaking up the show with decent writing instead?

-This is worth a DVR set: Lupita Nyong’o is doing an Enrique Iglesias song on this week’s Lip Sync Battle.

-How did Viola Davis get away with submitting herself in Oscar’s supporting actress category for Fences?

–Katie Holmes struggles to make a better life for her daughter in the All We Had trailer.