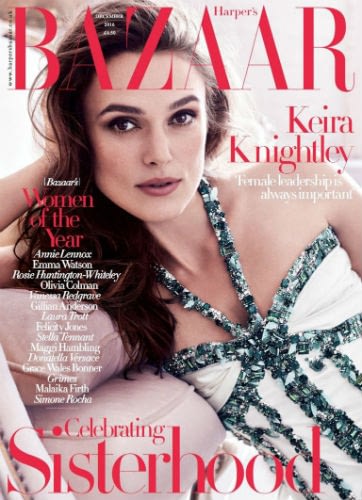 -I like that Keira Knightley spends so much time in her Harper’s Bazaar cover story talking about how expensive child care is for the average working mother and how paternity leave should be extended. Unexpected but awesome.

–Meghan Markle was photographed for the first time since the Prince Harry romance was revealed. Dammit, I wanted to snap the first shot the next time Suits tapes next to my office. I was hoping to cake up!

–Tracy Morgan says he forgives the truck driver who left him hospitalized: “I’m not mad at him — I forgave him.”

–Gabrielle Union warmly reminisced about 10 Things I Hate About You costar Heath Ledger. “He was great, warm, funny. We had a lot of fun. I thought all movies were like that. We literally ate dinner together every night.”

-Well, this is terrible. Michael Bublé says his 3-year-old son has cancer.”‘We will win this battle, god willing.”

–Mariah Carey took the stage for the first time since splitting from fiance James Packer — and I was there! She was an hour late, everyone was pushy, we froze our butts off and she only sang two songs. So worth it.

-Here are some photos of 26-year-old Jennifer Lawrence kissing her 47-year-old boyfriend to get your weekend off to an icky start.

-I’m glad there’s backlash from Johnny Depp being in the Fantastic Beasts movies. I still don’t know how JK Rowling let this happen. She’s always had a pretty tight grip on the films.

–Kelly Clarkson‘s version of “It’s Quiet Uptown” (a song about losing a child) from the Hamilton mixtape. I she recorded it when she was pregnant. Guys, I’m openly weeping. Guys.

-Speaking of Ryan Murphy shows, he just cast Lady Gaga as Donatella Versace, which seems like a no brainer.

-Did Britney Spears go to Thunder From Down Under? She does Vegas like I do Vegas and I love her for it.

-The new Trainspotting 2 trailer left me weirdly optimisitic! Now excuse me while I go listen to “Born Slippy” on a loop.

-Batman’s greatest fear is becoming a father figure (or seeing a snake clown) in the new Lego Batman Movie trailer. This might be the best use of Michael Cera ever. 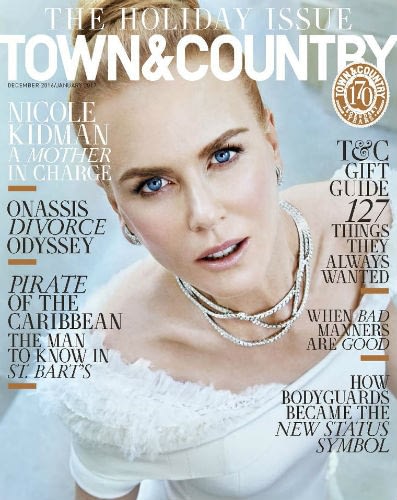 -In a new interview with Town & Country, Nicole Kidman opened up about her “unconditional love” for her adopted children Isabella and Connor Cruise, saying of her new movie Lion “This movie is a love letter to my children.” Still no word on if she actually still sees them, though.

-Also, Nicole camps like I do (by that, I mean she gives up halfway through upon realizing she could just sleep in a goddamn bed instead).

-Dear god, Halloween at Gisele‘s house sounds like a Jimmy Kimmel prank come to life. She says she gave her kids’ Halloween candy away, but “I let them try one.”

–Ryan Reynolds and Conan O’Brien passionately kiss in this spoof of The Notebook.

–Oprah‘s favourite things are not so fabulous this year. An eyeglass box?!

–Mariah Carey is performing for free tonight in Toronto, and I’m planning my outfit even though it will be a sea of people and I probably won’t even catch a glimpse of her. Just breathing the same air as Mimi requires an ensemble. It’s an event — and this is gonna be me if someone tries to distract me:

-In less happy Mariah news, word is that James Packer dumped her while they were planning their wedding.

-Also, does Nick Cannon have a baby on the way with his ex Brittany Bell?

-Is Deadpool 2 cursed or something?

-An actor tried to spread the word about a racist casting call for a Nick Jonas video and unleashed a legal monster.

-The Hamilton mixtape has a release date and oh my god the tracklist is incredible. (I’m already crying at Kelly Clarkson‘s “It’s Quite Uptown” and I haven’t even heard it yet…)

–Aubrey Plaza and Michael Cera once dated and almost got married? God, could you imagine the awkwardness?

–Taylor Swift‘s CMAs look confused me. But not as confused as I was by Beyonce’s.

-The new Wonder Woman trailer shows Diana in all her awesome mythical glory. DC keeps burning me but damn, this looks goooooood!

-Here’s the first full trailer for La La Land, starring Emma Stone and Ryan Gosling, which was far and away my favourite film at TIFF.  100% certified swoon.