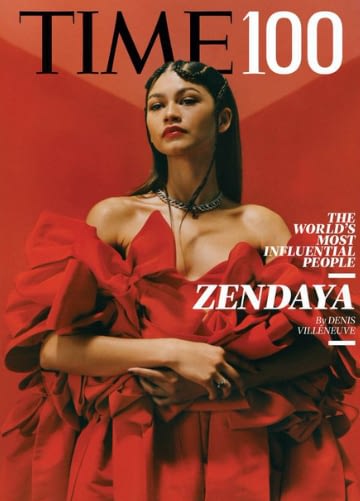 –Matthew McConaughey spoke out about the horrific school shooting in his hometown of Uvalde, Texas. For all his talk of needing to re-evaluate and sacrifice, he didn’t mention guns, though.

-Well. Britney Spears may be involved in the Weeknd’s upcoming HBO show, The Idol.

-I did like the part of the video where everyone was cheerleading for Jung Ho-yeon.

-Any profile by E. Alex Jung is worth your time, but especially if his subject is Melanie Lynskey.

-The person who now owns Seth Green‘s Bored Ape NFT spoke with Buzzfeed. They said they are an Australian surgeon with a side hustle, believes they “bought it in good faith,” and conceded that they have no plans for the NFT — including giving it back to Green.

–Ellen DeGeneres‘ show wraps up this week. This is a good piece on the complicated legacy it’s leaving behind.

-More people need to be talking about what a great season Barry is having. It’s like they recognized that audiences will root for lead characters even if they’re monsters (a la Tony Soporano and Walter White) and were like “f**k that.”

-If you’re having bad day, here’s Idris Elba punching a lion in the face in the Beast trailer.

-The Mr. Malcolm’s List trailer looks *delightful*. Freida Pinto pretends to be the “perfect woman” to trick a man into proposing in this upcoming period drama based on Suzanne Allain’s novel.

-Here’s the latest trailer for Baz Luhrmann’s Elvis. It got a 12-minute standing o at Cannes (long even for Cannes standards) and early reactions suggest it’s over-the-top fun. (Even the bad reviews make me want to see it.)

-The trailer for Mission: Impossible – Dead Reckoning is excellent.

Chris Evans Talks About Suffering From Anxiety and Wanting Kids