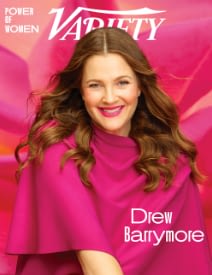 –Drew Barrymore graces one of Variety’s Power of Women covers, and talks about stepping away from acting (“I don’t want to be someone else right now. I’m figuring my own stuff out”) and why Britney Spears is her dream interview subject (“There’s not a ton of us out there who have publicly lost our freedom, had breakdowns in front of everyone, become punchlines and fought our way back”).

–Camila Cabello also got a cover, and talked about being emotional brave in the vocal booth: “I went in and just kind of talked about my anxiety. My collaborators [would ask], ‘What was this line about?’ I was like, ‘Eeek! I only talk about this with my therapist and, like, my mom.'”

–Amanda Seyfried is quietly becoming an acting powerhouse. She was nominated for an Oscar for last year’s Mank and recently got rave reviews for her performance in The Dropout. In her new Variety interview, she reflects on her past roles, including Jennifer’s Body: “It was a fucking really badass story about best friends that was hilarious, dark, and smart. It was unique! Sorry, but I have not ever read another script or seen another movie that feels like it. It was art.”

–A$AP Rocky‘s music video for his new single “D.M.B.” dropped today, and it features a love montage between himself and baby mama Rihanna, including a wedding sequence.

–Joshua Jackson not only packs Jodie Turner-Smith’s purse, but he even knows what blotting paper is.

-Betty star Rachelle Vinberg took to Instagram to accuse director Cary Fukunaga of “traumatizing the shit out of me,” adding “I spent years being scared of him. Mans a groomer and has been for years. Beware women.” A pair of twins then shared their story about his behaviour to them after meeting him on the set of Netflix’s Maniac.

–Kate Middleton is looking for a personal assistant — and the pay is shockingly low.

-Textile conservators are “speechless” that Kim Kardashian was allowed to wear Marilyn Monroe’s dress to the Met Gala and say there’s no way it wasn’t damaged.

–Sydney Sweeney was sexually harassed by a photog at the Met Gala.

–Cara Delevingne is being praised for not covering up her psoriasis at the Met Gala.

-Speaking of Cara, she will play Selena Gomez’s new love interest in Only Murders In the Building.

–Will Smith, Billie Eilish, and Cardi B are set to appear on season four of David Letterman’s Netflix talk show, but Smith’s episode was filmed before the Oscars so don’t expect The Slap to be addressed.

–Meg Ryan and David Duchovny are set to star in a rom-com together (with Meg directing) and I’m here for it!

-Here’s the first trailer for the To All The Boys sequel, The Summer I Turned Pretty, which features “This Love” by Taylor Swift.