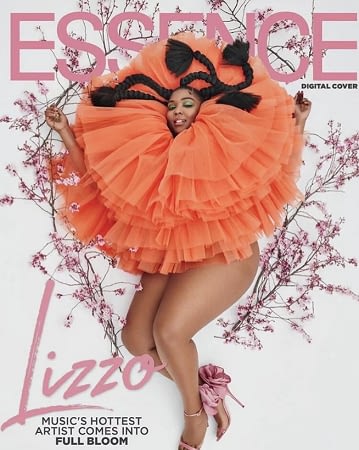 –Lizzo looks amazing on the cover of Essence! She talks about talks about embracing authenticity: “I made a decision to be myself because I knew I had no choice. Sometimes the label ‘unapologetic’ bothers me because it can be loaded, because it means we have to apologize for something in the first place. I’m not ignorant to the fact that we had to have a demeanor of lowering ourselves culturally just to exist. But I’m trying to shake up the narrative about how we’re supposed to act.”

–Robert Pattinson has landed the lead Matt Reeves‘ The Batman. Twitter blew up in outrage over this last night, this makes sense to me. Maybe people only know him from Twilight, but both he and Kristen Stewart have been doing some really interesting films in the last few years. And I’m not worried about him not being able to put on muscle; that’s what trainers are for.

-Ahead of this Sunday’s series finale, I really liked this roundup of female TV critics talking about how the show has failed its women this year.

-This saddens me: Busy Philipps bid a tearful goodbye to her E! talk show. “The most important lesson that we learned here is that it is a marathon, not a sprint, and the real trick is figuring out what the f*ck the marathon is that you’re actually running. And I have to tell you something: Guys, we haven’t even broken a sweat yet.”

–Rihanna has slammed the Alabama governor for their terrible abortion ban: “Shame on you!”

–Billie Eilish knows she made it when Melissa McCarthy starts impersonating her and Julia Roberts wants to hang.

-I dig this dress on Julianne Moore in Cannes.

-Rocketman’s Taron Egerton seems super bland to me but he might be winning me over with his Bryan Singer jabs.

–Michael Fassbender and Peter Dinklage, I expect more than you than a Mel Gibson movie! Jamie Foxx…meh, you do you.

-I love that Halle Berry makes a point to stops for black reporters on a red carpet.

Black Panther Prepares To Take Over The World