THE ALIAS CAST HAD A 20 YEAR REUNION PARTY 😭😭😭😭😭 pic.twitter.com/ijUZoSeMlt

–Jennifer Garner joined TikTok and her first video is of an Alias reunion to celebrate the show’s 20th anniversary. More of this, please.

–Scarlett Johansson and Disney have settled their breach of contract lawsuit over the star’s Black Widow payday, though the terms remain under wraps. She said in a statement, “I am happy to have resolved our differences with Disney. I look forward to continuing our collaboration.”

–Channing Tatum is commenting on his girlfriend’s father’s abs on Insta. As you do.

-According to interviews with former staffers, Goop is suffering from an exodus of 140 staff (including the bulk of the executive team), complaints of low salaries, and pandemic burnout.

–Scott Speedman is back on Grey’s Anatomy? Aw man, I didn’t want to get sucked back in.

-I’m still watching The Morning Show — not because it’s good, but because it’s a train wreck that I can’t look away from. This week’s development makes little sense, so for this show it makes perfect sense. I’m amazed they weren’t publicizing this plot development in the trailers. (Spoilers for the latest episode, obviously).

-With her last couple of posts, Britney Spears is really pushing Instagram’s rules about boobs.

-The judge in Kelly Clarkson‘s divorce has ruled that the Montana Ranch is hers, not her ex’s.

–Bernie Sanders, Adam Schiff, and 118 members of Congress have signed a letter backing IATSE’s demands for meal and bathroom breaks, adequate sleep, and living wages for crew on film and TV sets. The vote on strike authorization began today.

-There’s going to be a movie adaptation of Red, White & Royal Blue? Oh yes please! Bring on all the romance adaptations.

-I saw Melissa McCarthy‘s The Starling at TIFF and did not like it (despite good performances from her and Chris O’Dowd). It’s now on Netflix.

-Here’s a new trailer for Steven Spielberg’s  West Side Story. 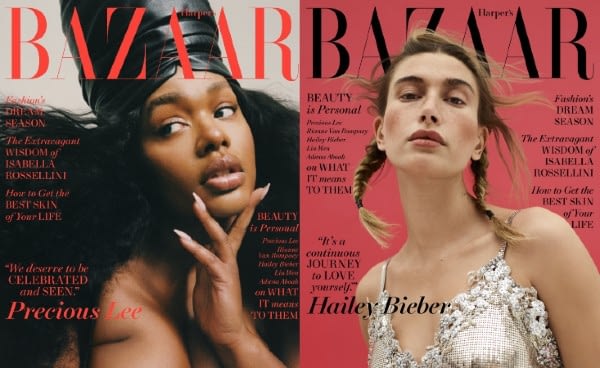 -In case you missed the Oscars last night (and judging by the ratings, many of you did), the biggest clips to watch are Daniel Kaluuya’s mom and sister reacting to the part of his speech where he said “Life’s incredible! My mom met my dad. They had sex. It’s amazing!”, Glenn Close knowing the moves to “Da Butt”, and Yuh-Jung Yoon starting her acceptance speech by addressing her presenter (and Minari producer) Brad Pitt with “Mr. Brad Pitt, finally. Nice to meet you. Where were you when we were filming in person?”

-The weirdest thing about the ceremony (besides it starting strong and then limping to the finish), was that they didn’t announce the Best Picture winner last like usual. Instead, that honour went to Best Actor — who turned out to be Anthony Hopkins, who didn’t show up. The theory is the producers assumed Chadwick Boseman would win posthumously and the show would end on an emotional high, but instead it came to an abrupt and anticlimactic finish that seemed to undercut Nomadland’s historic Best Picture win.

–Hopkins released a belated acceptance speech that tribute to Boseman. Apparently, Olivia Colman was meant to accept Hopkins’ award for Best Actor if he won — and everyone is blaming Joaquin Phoenix for instead saying “we accept the award on his behalf” and shutting it down.

–Another weird decision was to barely show any clips of the nominated films and performances. It felt like the wrong move, especially since most of these films have been barely seen by the general public. I’m sure if they had shown a clip when Sound of Metal won for Best Sound, for example, it would have intrigued people enough to seek it out.

-The Daily Mail has the first photos of Pete Davidson with Bridgerton star Phoebe Dynevor. Looks like they’re bonding over groceries and hideous style.

-The filmmakers behind the Framing Britney Spears documentary have now set their sights on Janet Jackson’s Super Bowl fiasco. Justice for Janet!

-Over 30 former employees at Scott Rudin‘s production company spoke to Vulture and described a workplace of relentless abuse, intimidation, and bullying.

-SNL announced that Elon Musk would be hosting on May 8, and the reaction was immediately negative. Even cast members Bowen Yang and Andrew Dismukes appeared to throw shade at the announcement.

-The finale for The Falcon and the Winter Solider was not great, huh?

-Ellen DeGeneres is mocking the NFT trend by trying to sell a selfie of her holding original artwork of a cat, which she’s calling “Woman With Stick Cat,” but you just know it’ll fetch buckets of money. At least she’s donating it to Chef José Andrés’ World Central Kitchen.

-Netflix released the trailer for season three of Master of None, which focuses on Denise (Lena Waithe) and her relationship with Alicia (Naomi Ackie).

-The first trailer for Steven Spielberg’s remake of West Side Story, starring Ansel Elgort as Tony and Rachel Zegler as Maria, has arrived.