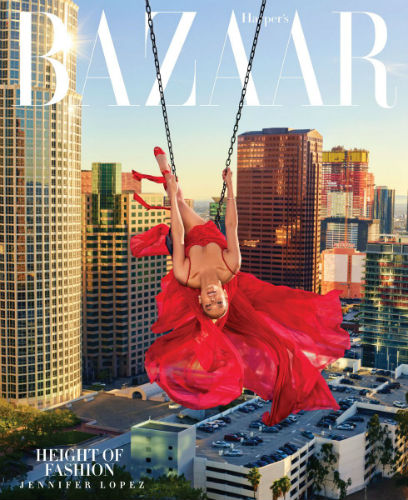 -The photography for Jennifer Lopez‘s new Harper’s Bazaar spread is amazing. The interview is just ok (though I do appreciate the fact that she has a pillow that says “I am youthful and timeless at every age”).

-If you’re looking for a good read, check out this Terry Crews interview, in which he talks about how his relationship to Hollywood changed since he joined the #MeToo movement. “I walk in the room, and the room is split right down the middle…People don’t understand that Hollywood is a very violent place. The best way to put it is that it’s like a plantation. You use extreme violence. You see a lot of people who never work again. For even speaking up the whole thing is that they cut your head off so that the next person doesn’t speak.”

-Also, I love that all the comments on the article are so supportive. When does the internet ever do that?

–Rihanna responded to Snapchat’s disgusting ad. I still can’t believe they did this.

-Thanks to Sandra Bullock and Cate Blanchett, everyone is googling “penis facial” today.

-Congrats to Cardi B, who is reportedly expecting a child with her fiancé, rapper Offset.

-Speaking of Cardi, I recently stumbled on this clip of her at an etiquette class on Love & Hip Hop and now I want to watch the show.

-This isn’t a good sign: Deadshot 2 is reportedly getting reshoots based on early audience test screenings.

–Justin Timberlake is playing his second show in Toronto tonight, and ticket prices have reportedly been cut by half because no one is going.

–Anderson Cooper and boyfriend Benjamin Maisani have split after nine years together.

-The guy from The Streets is making a movie based on Dawson’s Creek dialogue and I’m here for it.

-An Vulture interview with Aaron Sorkin has ended up in the middle of a lawsuit.

–Blake Lively is having more fun than you.

-When the lead actress of your TV show says “For me the bucket list is checked. I mean, if you guys killed me off tomorrow, I feel like I had a good run,” you might have a problem.

-I don’t think Star stories usually hold a lot of weight, but this one on Justin Theroux certainly lines up with a lot of blind items.

–Miley Cyrus is being sued by someone who claims she ripped off his song.

–Shailene Woodley and Sam Claflin are lost at sea in the Adrift trailer.