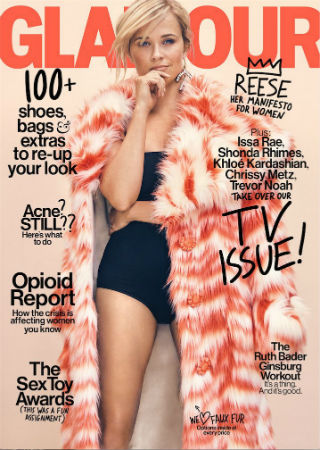 –Reese Witherspoon penned an essay about female ambition for Glamour, in which she talks about her plans to create more roles for women in front of and behind the camera, and how Mindy Kaling helped her see her white privilege.

-So who had Sept 5th in their betting pool on when Katie Holmes‘ divorce contract would lapse and she could go public with Jamie Foxx?

-I am not digging Jennifer Lawrence‘s sheer dress at the London premiere of mother! And she’d been doing so well.

–Alexander Skarsgard spent the It red carpet creeping on his brother and it was great.

-Meanwhile, It is getting really good reviews which surprises me.

-Sharon Osbourne opened up about Ozzy’s cheating, revealing he strayed with 6 women.  “Some Russian teenager, then a masseuse in England, our masseuse [in the U.S.], and then our cook. He had women in different countries. Basically, if you’re a woman giving Ozzy either a back rub or a trolley of food, God help you.”

-Jane The Virgin’s Gina Rodriguez is taking over the world and I love it. She has sold two projects to CBS, as well as a remake of LA Story.

-Game of Thrones’ Gwendoline Christie says the guy who plays Tormund on the show does his best to creep her out on set.

-I love that Thor Ragnarok director Taika Waititi is urging Hollywood describe women as something other than ‘badass‘.  It might be my least favourite descriptor, right after “strong female character.”

-Whoa: Colin Trevorrow is out as the director of Star Wars: Episode IX.

-I had no idea You’re the Worst returns tonight! And Top of the Lake returns on Sunday. YAY!

-Speaking of trailers for movies that got raves at Sundance, I will totally watch Matt Bomer play a rugged woodsman.

-The trailer for Bad Moms Christmas made me laugh a lot, and the casting of all the leads’ moms is perfect. Good job, Baranski!