-Chanel and V Magazine teamed up for a new art book that features Lily-Rose Depp, Jennie of Blackpink and Margot Robbie, photographed by duo Inez & Vinoodh.

-Ohhh….Netflix is eyeing a spinoff series to their To All The Boys movies, starring little sister Kitty.

–Niecy Nash and Jessica Betts talked about their first date on Red Table Talk and it’s all kinds of cute. “You weren’t supposed to say that. Damn this red table!”

–Meghan Markle and Prince Harry are said to be planning to take time off and bond as a family of four after what they reportedly hope will be a home birth.

-Did The Rock and Vin Diesel hate each other so much they filmed a Fast 6 scene separately? Who do they think they are, Julianna Margulies and Archie Panjabi??

–Lil Nas X has addressed the accusation that he copied ideas from FKA twigs for his latest music video: “i want to say thank u to twigs for calling me and informing me about the similarities.” twigs also posted about the video: “thank you @lilnasx for our gentle honest conversations and for acknowledging the inspiration”.

-The Oscars will grudgingly allow people to call in from Europe.

-It can’t be overstated how huge the Netfix deal for the Knives Out is. MRC has the rights to the original, but Rian Johnson and producing partner Ram Bergman were smart enough to retain the sequel rights.  They’re rumoured to have total creative control and no budgetary minimums.

–Snoop Dogg is joining The Voice as mentor.

–Alexander Skarsgard continues to be a total delight on the Godzilla Vs Kong press circuit. He’s really leaning into the absurdity of it all.

-I have never heard Ben Affleck‘s Armageddon DVD commentary before, but it’s my favourite new clip.

–Lauren Graham jokingly complained about having her Parenthood brother Dax Shepard as her real-life neighbor. “Dax has been working on his new house and the way we’re situated, I pass him all the time. It’s a beautiful house, it’s going to be incredible, but he basically took what others might consider to be the front lawn and turned it into a massive driveway for all his cars.”

–Lori Petty, David Cross, Enrico Colantoni and Daniel Zovatto among those who’ve been cast on HBO Max’s Station Eleven. I loved that book but am not in the head space to go back into its post-pandemic world anytime soon.

-A movie superstar turns a musician’s life upside down in the trailer for Finding You.

This is Kristen Stewart pic.twitter.com/HE1G4eaERi

-Every time I see a new image of Kristen Stewart as Princess Diana, I’m taken aback. The latest look from Spencer shows her posing with a replica of Diana’s sapphire and diamond engagement ring.

–George Clooney appeared on The Today Show and talked about teaching his twins how to pull pranks.

–Johnny Depp failed to overturn the ruling in his “wife beater” libel case. The judges refused his application for a new trial on the grounds that a second hearing was unlikely to produce a different outcome: “The claim was based on a story in The Sun alleging that he had beaten his former wife, Amber Heard. After a three-week trial in the High Court last year, in which both Mr. Depp and Ms. Heard gave evidence, Mr. Justice Nicol found that the allegation was true.”

–Issa Rae is on Variety’s new cover, and talks about signing on to five more years with HBO in a giant deal. “They wifed me up.”

–Chrissy Teigen has deactivated her Twitter, saying “This no longer serves me as positively as it serves me negatively, and I think that’s the right time to call something.”

-We lost a legend today in Jessica Walter, the award-winning actress whose career spanned five decades, who passed away in her sleep at home in New York City today. I’m loving this compilation of her best moments as Lucille Bluth on Arrested Development.

-Also, I can’t stop thinking about that NYT interview in which her male AD costars gaslighted her about how bad behaviour is a common thing on sets/ part of some actors’ “process,” and she had to tearfully remind them she’d been working for 60 years and never experienced anything like what she did with Jeffrey Tambor.

–Britney Spears is moving forward with her plans to make temporary conservator Jodi Montgomery her permanent conservator, and not let her father resume that role.

–Kim Kardashian‘s “mini town” in her backyard for the kids is admittedly very neat.

–Alexander Skarsgård showed off his artistic “skills” on The Tonight Show.

-This is a fascinating article on how Sara Gruen, the Canadian-born author of Water for Elephants, developed a frenzied obsession to free an incarcerated man and it left her “absolutely broke,” “seriously ill,” and “years past deadline” on her next book.

-Scott Pilgrim Vs. The World is heading back to theaters, for anyone who’s not scared to go to those.

-Also, Lauren Graham says she has a clause in all her contracts that allows her to shoot Gilmore Girls if the show ever comes back.

-The Mummy won a recent Twitter romcom bracket. I wouldn’t have thought it’s a romcom but I rewatched it a few weeks ago and yup, it checks all the boxes.

-So the guy who went viral with a tweet about finding shrimp tails in his cereal is married to Topanga — and also perhaps a horrible person who is now getting Me Too’d? The internet works fast.

–Rachel Bilson and Melinda Clarke will revisit The OC as the hosts of a new podcast about the show, which will feature other costars.

–Anthony Hopkins and Abbie Cornish star in the assassin thriller The Virtuoso. 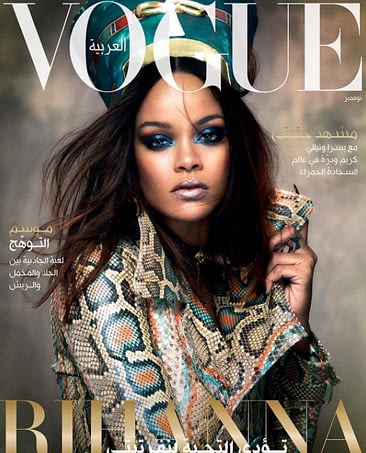