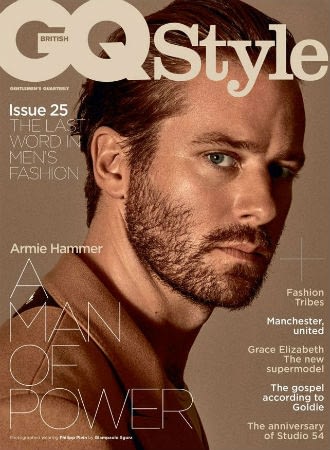 –Armie Hammer covers British GQ (as does his Call Me By Your Name costar Timothée Chalamet), and everyone is drooling over this pic of him in a sweater. After seeing him at TIFF I have a lot of conflicting feelings about him. He’s super dreamy IRL, but he also did a panel discussion with Chalamet and his behaviour was…not my favourite.

–Elsie Hewitt, a 21-year-old model, filed a civil lawsuit yesterday against actor Ryan Phillippe for allegedly kicking, punching and throwing her down the stairs after an argument on July 4. His camp is telling People that it was Hewitt who attacked him after he broke up with her.

-Congrats to Breaking Bad’s Aaron Paul and wife Lauren, who are expecting their first child.  Brace yourself for even more gushy social media posts (which I find weirdly endearing, tbh).

-The guy who cast most of the CW shows says the network originally wanted Ashley Olsen and Rumer Willis to play Blair & Serena on Gossip Girl.

-I like that Prince William is comfortable enough about balding to crack jokes about it.

–Elisabeth Moss wrote “f*ck off” on the bottom of her Emmy shoes. Cute — but still doesn’t make me like her outfit.

–Reese Witherspoon and Nicole Kidman politely struggling over who gets to hold the Emmy is giving me life!

-I really like this piece about the conflicting emotions of being a Louis CK fan. It took me way too long to disconnect from him too.

-So Jennifer Lawrence is the type to shout “we’re going down” when her flight hits turbulence. Sounds like she’d be swell to sit next to…