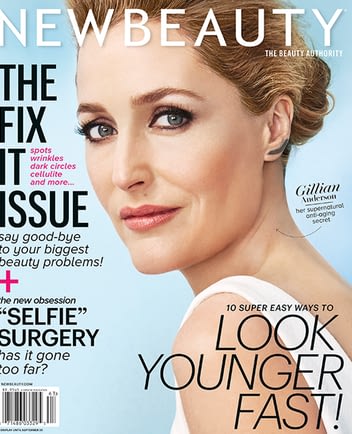 -In her New Beauty cover story, Gillian Anderson says “I think in Europe, in general, there’s a sense that women who age naturally can be beautiful, whereas I’m not so sure that’s the perception in America.” Let’s all move to Europe!

–Calvin Harris said a lot of stuff (A LOT) on Instagram about his split from Taylor Swift.

–Nicolas Cage and wife Alice Kim have separated after 11 years of marriage.

-A Step Up TV show is coming to YouTube and it will feature Channing Tatum. This news has been brought to you from inside my brain.

-Meanwhile, Channing got candid about his sex life with wife Jenna Dewan: “For lack of a better term, we don’t hate-f**k each other. That’s just not what we do…We get down!”

-In honour of The Devil Wears Prada’s 10th anniversary (yikes!), Meryl Streep, Anne Hathaway and Emily Blunt are spilling secrets from the set (including how fragile Anne was because then-boyfriend Raffaello Follieri didn’t want her working). I still love that movie (although Andy’s friends are garbage people.)

-Speaking of female-fronted comedies that made a huge impact at the box office, the new Ghostbusters movie is tracking for a low debut. Come on ladies, let’s all band together and make this movie huge!  Even if it’s not very good, we need to combat this kind of crap.

–Chris Brown is being sued again for assault. Must be a day that ends in ‘y’.

–Amber Rose apparently has a new talk show, judging by this promo. Burn it all down.

–Aziz Ansari wrote this great piece for the NYT and then tweeted: “Trump wants to ban Muslim immigrants like my parents. I wrote a piece for @NYTimes telling him to go fuck himself.”

-British celebrities are not happy about the Brexit. Neither, surprisingly, is Lindsay Lohan.

-Mr Robot Season 2 is now 12 episodes instead of 10, which might be the perfect TV season length.