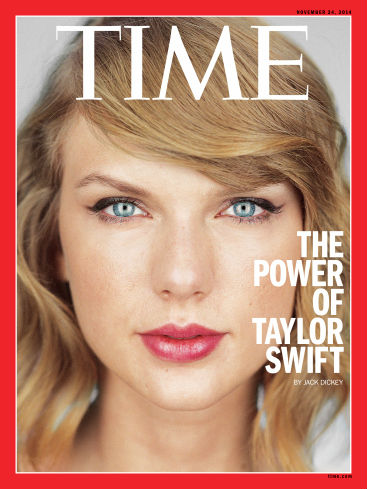 -Time gets (super) up close and personal with Taylor Swift for their new cover.

-GOOP’s holiday gift guide came out today, and it’s as expensive and ridiculous as you’d expect. (I still want that bar cart, though. Don’t judge me.)

-Let’s let Tina Fey have the final word on Kim, shall we?

-On Conan last night, Jessica Chastain told a cute story about her grandma meeting Matthew McConaughey. “He flirted with her like I have never seen.”

–Jennifer Lawrence was on Letterman last night, where she continued to be charming as hell, talking about “platonic colonics” and her “tone-deaf Amy Winehouse” singing voice.

–Channing Tatum and Jimmy Fallon played Box of Lies last night, and it might have been the best one yet.

–Matt LeBlanc‘s rep is shooting down tabloid rumours that he cheated on his GF Andrea Anders.

-I’m amazed that Sean Penn has enough of a sense of humour to engage in a prank war with Woody Harrelson.

–Gillian Anderson and Jamie Dornan return this week with the second season of The Fall, which is getting rave reviews overseas.

-Rumours that Michelle MacLaren may direct the Wonder Woman movie are making me want to fist pump through the ceiling. She’s behind some of my favourite Breaking Bad and Game of Thrones sequences — including this and this.

–Emma Stone made her Broadway debut in Cabaret this week, and this audio proves she absolutely killed it.

–Here’s a clip from the movie Jennifer Aniston is hoping to land an Oscar nomination for. Meh.

-Speaking of DC, the ATX Television Festival is staging a reunion with the show’s writers (almost all of whom have gone on to bigger and better things). Even more exciting: they’re hosting a Gilmore Girls reunion with Lauren Graham and Alexis Bledel. I want to go to there.

–Lorde covering “Don’t Tell Em” made my day. And I don’t even like the original!

-Speaking of Lorde, she stepped into the fray when Katy Perry‘s boyfriend Diplo started twitter-slamming Taylor Swift (even though he’s a grown ass man who should know better).

-One of Bill Cosby‘s alleged victims is now speaking out: “Why did it take 30 years for people to believe my story?”