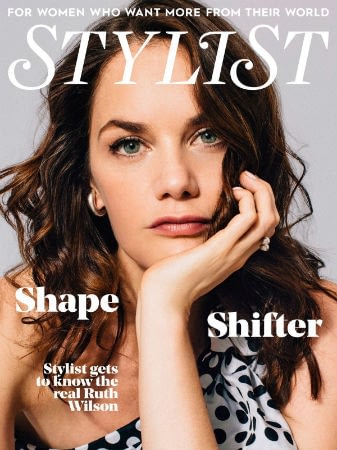 -While promoting the new season of His Dark Materials, Ruth Wilson told the Stylist more details about her exit from The Affair — and why she didn’t speak out right away. “There was a situation on The Affair where things didn’t feel right, and I dealt with them, and I managed to protect myself…It was before #MeToo and before Harvey Weinstein — and yet my instincts were very clear and strong about what I felt was wrong, about what was going on, and what I didn’t feel safe about.”

–Helena Bonham Carter is promoting the new season of The Crown and in an amazingly candid interview with The Guardian she talks about her outlandish style (“I promise you, even when I think I’m being normal, somehow it comes out wrong. It really does! I later see the photos and think, what was I thinking?”), the accusations against Johnny Depp (“There’s something quite old-fashioned about Johnny, with these manners – none of it makes sense”), and her split from Tim Burton (“At first it’s a horrible thing to get used to, not having your children around [when you share custody]. The cruelty of divorce is extraordinary. But then you get to a point where you’re like, Oh, I get this week off! Some parts are very much to be recommended”).

–Shawn Mendes and Camila Cabello took their relationship to the next level: they got a puppy.

–Cardi B was so stressed watching the election results last night, she was smoking three cigarettes at once. Same, girl.

–Chris Rock got real about why he doesn’t like civil rights movies: “I applaud the effort and they should exist. The problem is, they only show the back of the bus and the lunch counter. They actually make racism look very fixable…My mother used to get her teeth taken out at the vet ’cause you weren’t allowed to go to the dentist. No movie shows you that.”

–Jimmy Kimmel didn’t even ask parents this year to trick their kids into thinking they ate all their Halloween candy — but they did it anyway.

-Canada has proposed an amendment to its national Broadcasting Act to require streaming services like Netflix and Spotify to invest a portion of their revenue into local production.

–Christopher Nolan says studios are drawing the “wrong conclusions” from Tenet’s box office and insists he’s “thrilled” with the results. Sure he is.

–Mena Suvari introduces her daughter to her creepy new fiancé in the What Lies Below trailer.

Frances McDormand Dances Into Our Hearts