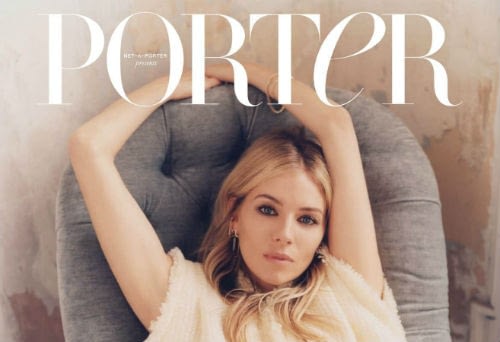 -In her new Porter cover story, Sienna Miller gives explicit examples of movies in which she felt she was underpaid. For 21 Bridges, she says she asked for more because “as the woman, you’re lent on so heavily for promotion in a way that men often aren’t. What you wear on a red carpet; how much press you have to do… They are going to get their money’s worth.” She’d learned that lesson on American Sniper, when she went on the regional publicity tour because co-star Bradley Cooper was appearing in The Elephant Man on Broadway, even though she was “alarmingly underpaid.”

–Britney Spears posted a video saying that she’s “fine” and “the happiest I’ve ever been in my life.” No one believes her.

–Miley Cyrus wants everyone to stop talking about Kendall Jenner’s awful maskless birthday party and instead go to the polls and vote. It seems like there’s long lineups at the polls today, so I have faith her fans can multitask.

–John Oliver got misty talking about his first time voting in the U.S.

–Lori Loughlin has “quietly” gone to prison, and hopes to emerge for Christmas.

-Here’s a very blurry photo of Scarlett Johansson’s wedding ring, if anyone cares.

-Royal sources are now rushing to downplay the seriousness of Prince Williams’ covid case, probably because he was actively doing photo ops in the public when he was rumoured to be sick.

-You know, I would have never guessed the celebrity that kept everyone sane and amused these past few weeks would end up being Mandy Patinkin, but here we are.

-If you watched Emily In Paris and then felt really bad about wasting your time, these short YouTube videos of Alice In Paris should cleanse your palette.

-I’m intrigued by how the foursome in One Night In Miami are submitting for Oscars. I would have thought Leslie Odom Jr. would be leading actor instead of supporting. The fact that Netflix is cramming the entire cast of The Trial of the Chicago 7 into the supporting category makes me worried about his chances.

–Hilarie Burton will star along husband Jeffrey Morgan on The Walking Dead, playing his dead wife. I expect this kind of casting will continue during covid. If a character needs a love interest, using the actor’s real-life partner lets the show shoot a lot more normally than if it’s anyone else.

–Ryan Reynolds and Gal Gadot paid tribute to the crew of their new Netflix movie Red Notice, which just wrapped production. Posted Reynolds: “I can’t emphasize their grit enough. Over 300 souls living in a sequestered bubble to make this a reality. They went to work under the most intense circumstances every day.”

-This segment from last night’s Late Night with Seth Meyers where John Mulaney asks Seth Meyers a bunch of questions was cut, but it’s pretty delightful.

-A young gay boy comes of age in in 1970s Sri Lanka in the trailer for Deepa Mehta’s latest, Funny Boy.