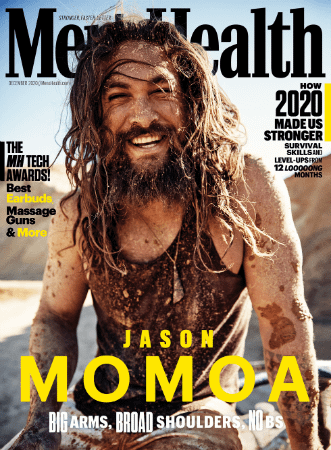 –Jason Momoa covers Men’s Health splattered in mud courtesy of the dune buggy-themed photo shoot. In the interview, he talks about filming Dune, being a good dad and a good husband, working through fear creatively, and gathering the nerve to ask out Lisa Bonet.

-Speaking of Health covers, Normani landed the Women’s Health one.

-Well, this is huge: Wonder Woman 1984 just became the biggest movie to drop on streaming, coming to HBO Max (and theatres where open) on Christmas Day. With all the vaccine news, I’m surprised Warner Bros didn’t just hold it until next summer/fall, but it looks like they’re willing to sacrifice the movie to beef up HBO Max subscribers. Bad news for theatres — and bad news for Canadians. It doesn’t look like we’ll be getting it on streaming by xmas, even though most (but not all) of HBO Max’s programming typically comes here via Crave. But Crave says it won’t stream the film until after its “standard theatrical windows,” which is traditionally 90 days.

-In other HBO Max news, they just greenlit a 4-episode adaptation of the comic series DMZ from Roberto Patino and Ava DuVernay, starring Rosario Dawson and Benjamin Bratt.

-The Fresh Prince reunion just dropped on HBO Max, and everyone’s talking about the intense conversation between Will Smith and Janet Hubert (who played the first Aunt Viv). In this clip, she tells him “Calling a black woman difficult in Hollywood is the kiss of death and its hard enough being a dark-skinned black woman in this business.”

-A Back To The Future writer revealed that Biff Tannen was inspired by Trump. Yeah, that tracks.

-Meanwhile, Michael J. Fox recalled sitting next to Princess Diana at the Back to the Future premiere. “The movie started and I had to go pee. So, I am sitting there in agony. I can’t say anything to her, and I can’t turn my back on her. So the rest of the night was a nightmare, a pee-floating nightmare.”

–Hugh Grant considers Paddington 2 to be “kind of a masterpiece,” even if his kids think otherwise.

–Demi Lovato’s new look is making me want to chop all of my hair off. Wow!

-The paid Instagram posts from celebrities are out of control recently (I guess it’s the easiest way to make money while stuck at home in a pandemic) but this ad from Sarah Michelle Gellar and Shannen Doherty is very charming — mostly because it’s clear neither of them are great cooks. Did Shannen even bother to cut those potatoes?

-Speaking of paid partnerships, Jennifer Aniston just signed a big one with Vital Proteins. I love this for her. I used to take their collagen peptides for recovery back in the good ol’ days when it was safe to go to the gym.

-I’m thrilled that Kristen Stewart‘s gay holiday romcom is getting strong reviews. I mean, I was watching it regardless, but this is nice.

–Others have said it better than I ever could, but this article about the rise of “ambient TV” misses a whole lot of points. Also, Emily In Paris wasn’t even developed for Netflix originally.

-Here’s the first trailer for season 2 of Batwoman, with Javicia Leslie taking over the titular role.

-Here’s the trailer for Music, starring Kate Hudson and co-written and directed by Sia.

–Tom Holland and Daisy Ridley’s lost YA movie Chaos Walking finally gets a trailer. The production on this thing was cursed.