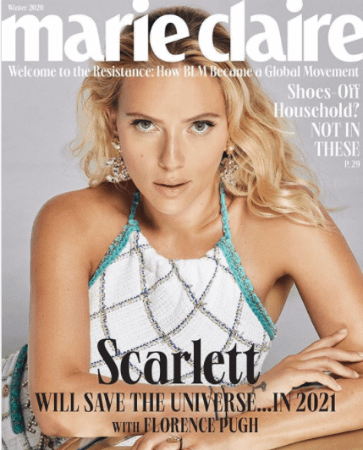 -Black Widow may be delayed indefinitely, but Scarlett Johansson and Florence Pugh still made the new issue of Marie Claire. Pugh recalls team building trust exercises they did when they first met, including guiding each other while blindfolded. “I think maybe the tiredness did add to my not being so self-aware and just, I suppose, allowing myself to start taking the piss out of Scarlett from day one, which was great. And then from that point onward, we kind of did it to each other.”

–Kanye West gifted Kim Kardashian with a hologram of her dead father, and everyone is freaked out.

–Common unfollowed Tiffany Haddish on Instagram, but has since re-followed her. Whew! This is the one quarantine relationship I need to stick.

–Octavia Spencer told her Keanu Reeves story on the Graham Norton Show, just in case you need to love him more.

-It’s been such a crazy day that I didn’t get to listen to Ariana Grande‘s new album yet. The reviews are generally good though, even if there’s no bangers.

–Taylor Swift allowed one of her songs to be used in a political ad for the first time ever.

–Jodie Turner-Smith will star as Anne Boleyn in a three-part psychological drama for U.K. broadcaster Channel 5. God, I hope we get it here.

–Awkwafina and Sandra Oh are set to play sisters who try to fix their relationship by going on a gameshow together on an upcoming Netflix comedy​.

-Speaking of intriguing premises, Crazy Ex-Girlfriend creator and star Rachel Bloom is set to write a movie about two BFFs who follow N-Sync around on their last world tour.

-I’m fascinated whenever I stumble across old David Bowie interviews. How did he know?!

-I had insomnia last night so I was scrolling through Twitter and all the people who stayed up until 4am to watch the season premiere of The Mandalorian couldn’t stop talking about Timothy Olyphant’s hair.

–David and Victoria Beckham have reportedly signed a Netflix deal for a peek into their lives.

-So this guy pretended that Robert Pattinson directed his music video just to get people to watch it? Random.

-The trailer for Michael Bay‘s covid-inspired Songbird takes place in 2024 where the current virus has mutated into COVID-23 and 50% of people infected die while the rest are forced into stringent lockdown camps. I can’t imagine a movie I’d want to watch less right now.

harry’s car broke down so a fans dad let him in his house and while they waited harry fed their fish and left notes for the fan and for that reason your honor, he is the only man to ever exist pic.twitter.com/9pEMiGgjkH

-God, could you imagine being a Harry Styles fan and finding out that while you out, your dad let him in and he wandered around your house leaving you cute notes? This sounds like the start of a rom-com.

-Speaking of rom-coms, someone made a rom-com trailer for The Haunting of Bly Manor and I want to watch that version of the show.

–Scarlett Johansson and Colin Jost got married over the weekend, and they broke the news via Meals on Wheels’ Instagram with a plea to donate. Which I kind of love?

-Gem of a human Paul Rudd handed out cookies to people in the rain waiting in line to vote in Brooklyn.

-Halloween may be cancelled for many of us, but not for the famous ones. George Clooney and Rande Gerber have tricked out a Casamigos truck and will drop off booze to their pals.

-Well, well, well. A couple of days ago when Stephen Amell talked about getting covid despite how “safe” he’s been, I mentioned that I’ve noticed some non-safe looking activity on his and his friends’ social media. And now a source is telling Page Six that he hosted a birthday party for his wife in Palm Springs (which he presumably flew to from shooting Heels in Atlanta). One of his BFFs also announced she has it, as did his wife, who did an IG Live yesterday but claims she has no idea where she got it.

–Katy Perry and Orlando Bloom sang a song about voting and it was cute. Very out of tune, but cute.

–Nicole Kidman continues to sign onto TV shows and I love this for her. She’s star and produce Amazon’s Things I Know to Be True.

-Here’s the full trailer for the new season of The Crown, which sees Olivia Colman‘s Queen clash with Gillian Anderson‘s Margaret Thatcher.

-Game of Thrones’ Maisie Williams leaves her sheltered life with her mom to hunt down her father’s killer in the Two Weeks To Live trailer. 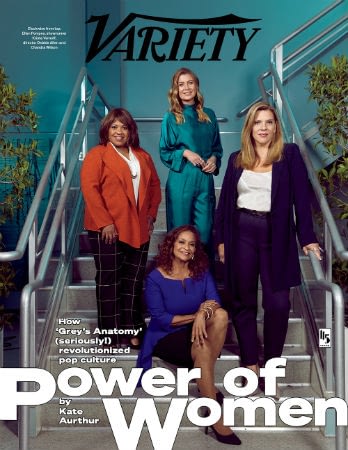 -Variety interviewed the women of Grey’s Anatomy about the show’s upcoming 17th season, and they talked about the possibility that this might be its last. Ellen Pompeo has a few more months before she decides whether she wants to continue, and said she knows the show will likely end when she leaves. “I don’t take the decision lightly. We employ a lot of people, and we have a huge platform.”

–Rep. Alexandria Ocasio-Cortez covers the new issue of Vanity Fair, and talks about how she warned Rep. Ted Yoho to watch himself after he called her a “fucking bitch” on the steps of Capitol Hill. She found him the next day and told him, “You do that to me again, I won’t be so nice next time” — and she lived up to that promise when he brought it up on the House floor.

-IMDb has taken down user ratings for David Oyelowo and Angelina Jolie‘s upcoming film Come Away after it became the target of a review bombing campaign, mostly because it’s a prequel to Alice in Wonderland and a bunch of racists got mad that the kid actors they cast aren’t white.

-Us Weekly says Brad Pitt and Nicole Poturalski have been “over for a while now.” But were they every really together?

–Sacha Baron Cohen did a Reddit Q&A in character last night and it was as filthy as you’d expect.

–Machine Gun Kelly says Megan Fox has made him a better person, and that he was “coked out of my mind and in a drunken stupor” before meeting her. No pressure, girl.

-Despite the rumours that she’s dating Skepta, Adele is calling herself a single cat lady.

-There’s been whispers for a while about Diplo, but he’s denying a relationship with a 19-year-old TikTok star after she said she lives with him. He tweeted, “OK so I rent one of my properties to @quenblackwell. And yes I use the studio that is in that building. Her social media is sarcastic and chaotic and I can see you can get a twisted idea but there is nothing but a friendship between us.”

-I couldn’t find a source for all of these Emma Watson/Tom Felton rumours going around, but I’m into it.

-Bless Lizzo for dropping off her ballot while wearing a stars-and-stripes bustier.

–Khloé Kardashian contracted the novel coronavirus earlier this year and described her symptoms in a new sneak peek of Keeping Up With the Kardashians.

-I always forget that Sarah Jessica Parker has kids because she’s so (admirably) private about it. Her tribute to her son on his 18th birthday was very sweet.

–Sam Smith has hair plugs and they don’t care who knows about it.

-Netflix’s holiday rom-com Holidate, which drops on Friday, is actually getting decent reviews? I mean, I was going to watch the crap out of it either way, but that’s nice.

–Diane Keaton and Jeremy Irons and star in the Love, Weddings & Other Disasters trailer.