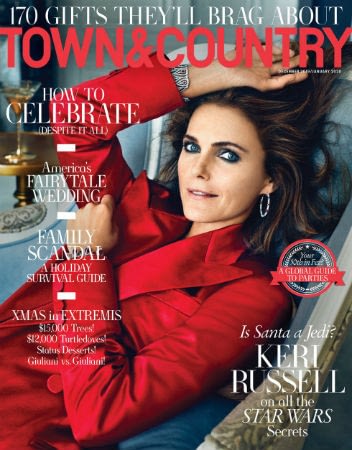 –Keri Russell is on the cover of Town & Country and it’s times like this when I think I would for real fight someone if she asked me to.

-In an interview with the LA Times, Camila Cabello stresses the legitimacy of her relationship with Shawn Mendes. “That’s my boyfriend. This is real.”

–Vulture has more info on Gabrielle Union‘s firing from America’s Got Talent last Friday. Apparently she was labelled “difficult” from the beginning when she complained about Simon Cowell constantly (and illegally) smoking indoors, and she annoyed producers when she asked drag performers about their preferred pronouns. Things got tense when producers told her they wanted to eliminate a 10-year-old black rapper and pick a group of white high kicking dancers from Texas because they needed to pick an act “America can get behind.” According to Vulture, Union is now exploring her legal options against the network. Meanwhile, both she and her husband tweeted about the firing last night.

–Ellen Pompeo has also been tweeting her support for Union.

-I love when people discover this about George Clooney.

–Jennifer Aniston hosted her annual Friendsgiving dinner on Wednesday night and posted a photo of the enchiladas she made just for Jimmy Kimmel — though she didn’t appear to be too happy about it. Kimmel commented “Muchas gracias. This is a tremendous victory for me and for every American who believes turkey belongs on Thursdays. #noturkeyforFriendsgiving”

-Look Vanessa Hudgens, you’ve got a good thing going. Right now, everyone is feeling warm and fuzzy thoughts about your ability to charm them perennially in various holiday-themed cheesy Netflix movies. So why did this seem like a good time to express your desire to work with Woody Allen?!?

–Yvette Nicole Brown took Isiah Washington to school today on Twitter. You love to see it.