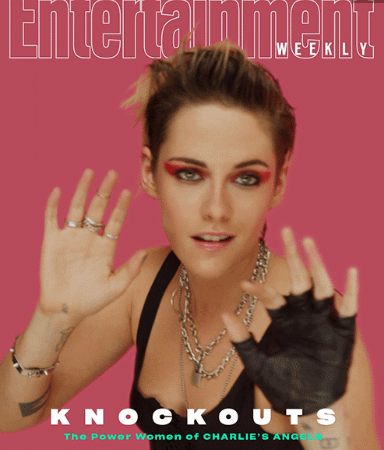 -In the new issue of Elle, Lady Gaga talks to Oprah about her relationship with Bradley Cooper.

-This piece by Billie Lourd about her mom, Carrie Fisher, is devastatingly good. “Losing my mom is the hardest thing I’ve ever been through. I lost my best friend… And I inherited this weird, intimidating thing called her legacy.”

-I hate that Lizzo’s British Vogue cover is so blurry. I guess it’s supposed to be artistic or something, but hard pass.

-Speaking of Bell, I will never be able to reconcile how she and Dax Shepard are so vocal about privacy and protecting their family (as they should be!), but all of their endorsement deals revolve around spotlighting a happy family dynamic.

-Jesus. Not only is there an the increasingly loud whisper network about Jeff Goldblum, now he’s defending Woody Allen: “I think there is a presumption of innocence until proven guilty.”

-Everything old is new again: Mary-Louise Parker is set to return as Nancy Botwin in a Weeds revival. I loved the first few seasons of that show, but no.

–Donald Trump Jr. when on The View today and it turned into a total shitshow. Whoopi Goldberg ended up shutting it down.

–T.I.‘s daughter subtly responded to all the conversation about her hymen, thanking her followers for their support.

-As a refreshing counterpoint to T.I., here’s Ethan Hawke talking about his daughter’s sexuality.

–Drake is the latest celeb to get into the cannabis game: “The idea of being able to build something special in an industry that is ever-growing has been inspiring.”

–Jason Momoa tried to teach James Corden how to shoot a bow and arrow and crack an egg with a whip. It went about as well as you’d expect.

-Speaking of Momoa, he still has a job: Apple has already renewed four of its new shows: For All Mankind, See, Dickinson, and The Morning Show.

-And the next Met Costume Institute theme is… time.

-I’m a few episodes behind but I agree with this piece on how surprisingly good Stumptown is.

-Considering the lukewarm reviews the new season of Netflix’s The End of the F***ing World is getting, I’m just going to pretend it ended with last season’s perfect finale.

-This clip of Chris Evans and his brother answering questions about each other made me laugh out loud multiple times.

-I have recently started watching Bon Appetit’s Gourmet Makes before bed and what a delightful way to de-stress at the end of the day! Bless Vulture for ranking all 28 YouTube videos!

-The trailer landed for Vanessa Hudgens’s latest Netflix holiday movie and yeah, I need this pumped directly into my eyeballs.

–Elisabeth Moss is haunted by her abusive ex in the trailer for The Invisible Man.