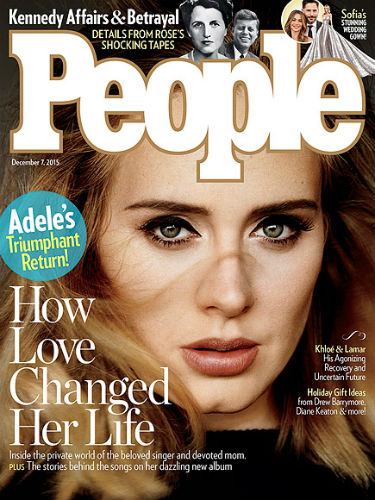 –Adele really wants to do a remix of “Hotline Bling” with Drake. Drake would be content with just doing her laundry.

–Ben Affleck talked about feeling the pressure for Batman v Superman — no doubt more so now that the Captain America: Civil War trailer dropped. (Ever since the guys on The Watch podcast pointed out that Hollywood folk constantly refer to intellectual property as “IP”, that’s all I can see in interviews now.)

-This new Luther trailer is near perfect. The only thing that could make it better is if Idris Elba muttered “somefing’s na right…”

–Tom Cruise is unraveling those rumours that he’s eyeing a Mummy reboot, so that’s one less thing we can mock him for.

–Miranda Lambert is stiff-upper-lipping this whole divorce thing quite admirably.

-I think Creed is going to destroy the long weekend box office and I couldn’t be happier for Michael B Jordan. Where’s Wallace? On top of the world, that’s where!

-I feel like I’m the only person I know who didn’t run into Drake this week in Toronto. Sad face.

–Fantastic Four’s Honest Trailer is a million times better than the movie itself.

–Mariah Carey has decided that she’s not going to age. Wait, that’s an option?!?