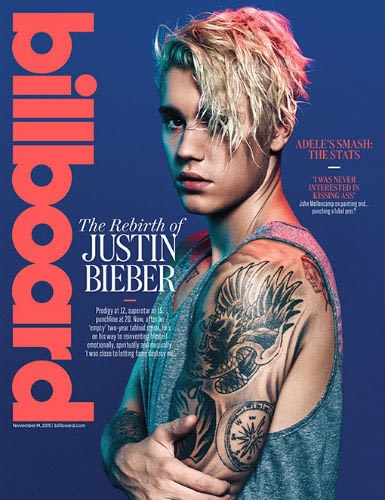 -In his new Billboard cover story, says “I was close to letting fame destroy me” and talks about how he now texts his pastor daily. That’s all well and good, but the best part of the interview is when he calls Bette Midler “Britt Meddler.” Her reaction is also priceless.

–Blake Shelton and Gwen Stefani (who are now official, with a rep statement and everything) are already making country songs together.

–Jennifer Lawrence has revealed the plot of the ‘dirty’ and ‘real’ comedy she’s writing with Amy Schumer. It kind of sounds like Trainwreck meets View From The Top.

-Vulture has compiled all the crazy details about Tom Cruise’s wedding from Leah Remini‘s new book.

–Will Smith is going on tour with DJ Jazzy Jeff, for some reason.

-The next Spider-Man, Tom Holland, proves he does whatever a spider can — without CGI.

-Synergy! Max Greenfield played a young Peter Gallagher on The OC, and now Peter has been cast as Max’s dad on New Girl.

-Speaking of trailers, here’s the latest for Will Smith’s Concussion. I haven’t been this depressed by football since the Dillon Panthers lost state.