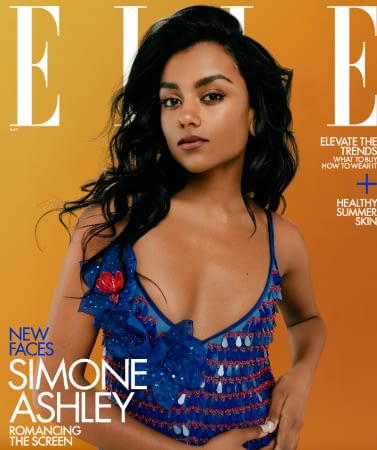 -I love that Bridgerton’s Simone Ashley is gracing so many magazine covers lately (though this Elle one isn’t my fave).  In the interview, she talks about shooting sex scenes with costar Jonathan Baily. “We didn’t have body doubles. We knew what we were getting into, but the scenes were beautifully shot, and we tried to portray female pleasure, seeing it from that point of view, which was really interesting. We encouraged each other to just take it all in, and [accept that] it’s never going to be the same ever again. Having anonymity, and then filming a show this big.”

–Prince Harry is promoting the Invictus games with a People magazine cover story: “Being a dad certainly adds another emotional layer to it. When I was in the Army, I promised myself I would be out before having a wife and kids, because I couldn’t imagine the heartache of being apart for so long during deployment, the risk of possibly getting injured, and the reality that my family’s lives could be changed forever if that happened. Every member of the Invictus community has experienced varying degrees of these things. I have tremendous respect for what they and their families sacrifice in the name of service.”

–A$AP Rocky has been released on a $550,000 bond following his arrest at LAX in connection with an alleged November 2021 shooting.

-After starring on seven seasons on RHOA over the years, NeNe Leakes is suing the companies behind the show for a hostile and racist work environment.

–Ellen Pompeo called Katherine Heigl “f—king ballsy” in a podcast chat with Kate Walsh. “I remember Heigl said something on a talk show about the insane hours we were working — and she was 100 percent right. Had she said that today, she’d be a complete hero. But she’s ahead of her time. [She] made a statement about our crazy hours and, of course, let’s slam a woman and call her ungrateful…She was telling the truth. She wasn’t lying.”

-I’m going to miss the clips of the This Is Us cast dancing.

–Jacob Elordi doesn’t know how many seasons are being planned for Euphoria, but he recognizes that playing a teenager is getting ridiculous. “I think I’m getting old. I fear that I’m growing too old for high school.”

-It’s insane that an HBO pirate show is the thing that’s making everyone realize that romance is too rare on TV these days.

-Netflix’s Heartstopper is getting great buzz.

-Netflix stock price collapsed by more than 35% yesterday, erasing more than $50 billion in value in one day. There are a lot of think pieces floating around about why the company is in trouble, and this is the best one I’ve read so far. There’s also lots of talk about their insane spending (the new season of Stanger Things has a rumoured per-episode cost of $30 million), while at the same time underpaying creatives with sneaky guild workarounds and refusing to renew most shows after 3 seasons so they don’t have to increase actor/crew pay.

–Rose Leslie gets left behind while Theo James leaps through time in the trailer for HBO’s The Time Traveler’s Wife.