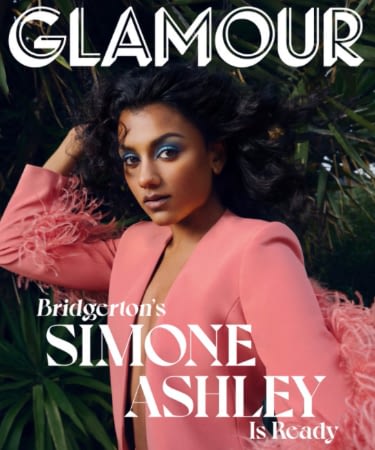 -I cannot wait until the new season of Bridgerton turns Simone Ashley into a huge star. She is on the new cover of Glamour and seems delightful.

–Grimes spoke to Vanity Fair about internet criticism, her new album, and the secret arrival of her second child with Elon Musk, who was born in December via surrogate and named “Exa Dark Sideræl Musk.” She referred to Musk as her “boyfriend” but said “we’re very fluid.”

-Yesterday I didn’t link to the outrage about Prince William‘s supposed comments about Ukraine because I read a few news stories about it and couldn’t find that exact quote anywhere reputable. Here’s what he actually said.

-As someone who once again just spent hundreds of dollars to get rid of her grays, I can fathom how Chris Pine is aging this gracefully (and grayly) without a care in the world. He explained his current look: “I guess it’s like, equal parts laziness and equal parts something I may do in the future here. If there’s any excuse not to shave and have makeup put on, I, you know …It’s mostly laziness.”

–Selma Blair has been granted a restraining order after her ex allegedly attacked her.

-I love that Stewart Reynolds got to interview Ryan Reynolds (and I love that Ryan knew who he was).

-This is the third promo interview I’ve seen for The Adam Project where Jennifer Garner and Mark Ruffalo were forced to eat Razzles.

-This is wild: TikTok made an obscure b-side from 90s band Pavement trend, so they shot a new music video for it — starring an actress best known for Yellowjackets, which is set in the 90s.

-Vanity Fair got a bunch of celebs to play Never Have I Ever.

-The new Flash movie has been delayed yet again — this time from November 4, 2022 to June 23, 2023. Aquaman, the Lost Kingdom and Wonka are also getting pushed back.

-Here’s the trailer for the final season of Better Call Saul, a show I always feel guilty about not watching considering how much I adored Breaking Bad.

-I’m going to watch every damn second of The Lost City promo tour with Sandra Bullock, Channing Tatum, and Daniel Radcliffe. How cute is this video??

–Lana Condor and Cole Sprouse star in the trailer for sci-fi romcom Moonshot.

Victoria Beckham Opens Up About Her Childhood