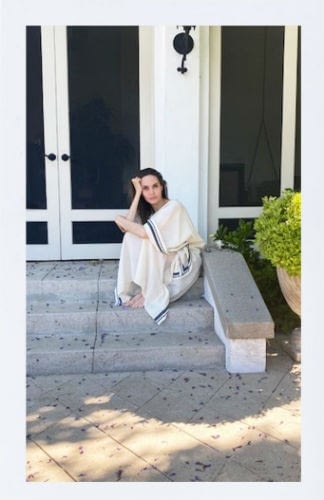 -For Angelina Jolie‘s interview for Harper’s Bazaar, she was photographed by her youngest son, Knox. She talks about how the pandemic is affecting victims of domestic violence and girls’ education.

-In a recent interview, Lil Twist claims that Justin Bieber‘s team once convinced him to take on drug charges for the singer (likely referring to an incident in July of 2013, when he was pulled over in Bieber’s car and arrested on suspicion of driving under the influence of marijuana). He said: “If they would have put weed charges on Justin in his early career, it would have been bad on him. So I got a call one day saying, ‘Twist, do you really love this kid?’ I said, ‘Yes.’ They said, ‘Cool, if you love him then you can take the heat for him because you can come off a little weed charge.” Lil Twist later released a statement on his comments: “We are at a very critical point in society as we rewrite a new narrative that encompasses the experience of being Black in America. However, rewriting a new narrative requires one to stand in and speak his or her truth with confidence…In the spirit of being authentic, I felt it a disservice to my fans and the general public to not be completely transparent about my experience.”

–Kristen Bell is promoting her new children’s book on racism and is getting a lot of blowback for glorifying colourblindness, as it comes perilously close to declaring Purple Lives Matter. There’s no mention of her donating the profits to a BLM charity but my god, let’s hope she’s not making money off this.

-Also, she’s in a new animated show voicing a biracial character who spends her free time drawing herself as a superhero whose afro puffs have powers? What??

–Anthony Mackie appeared on Thursday’s episode of The Tonight Show and gave a tearful talk about the importance of voting.

–Taylor Swift is once again speaking up, using Twitter to call on the Tennessee Historical Commissions to remove statues of racist historical figures.

–Jennifer Lopez and ARod are asking fans to name their new puppy and you know what guys, we are a little busy right now!

–Jessica Mulroney deleted all of her supportive comments to Vanderpump Rules star Stassi Schroeder, who was recently fired. Shinan is reporting that Mulroney’s family had been asking her to cut down on her social media but she wouldn’t stop.

-The Bachelor is getting its first Black leading man. Originally, Matt James was cast as a suitor on Clare Crawley’s season of The Bachelorette but when production was halted due to COVID-19, ABC started thinking of a new role for him. (It’s really weird that there’s no mention of the fact that the show was once sued by Black men for discrimination.)

-Despite both an NYT article and a Buzzfeed article questioning if Anna Wintour can survive the social justice movement, in a company-wide town hall today at Conde Nast, Roger Lynch reportedly said there is “no truth” to the rumour that she’s stepping down. Still, the rumours continue to circulate.

-Speaking of upheavals in publications, this report on Refinery29’s workplace culture is damning.

-I love how all the Harry Potter actors are condemning J.K. Rowling‘s ant-trans comments, including Emma Watson, Bonnie Wright and Rupert Grint. The kids are alright.

-This is an interesting piece on how Rowling‘s focus on denying trans rights may seem to have come out of nowhere, but there’s a clear lineage of transphobic thought in British media.

–Kelly Clarkson‘s estranged husband is also her manager, which might make this divorce even more awkward. He also manages Blake Shelton, Kelly’s The Voice co-star.

–Sharon Stone revealed she was once struck by lighting: “I was filling the iron with water. I had one hand on the faucet, one hand on the iron and the well got hit with lightning and the lighting came up through the water … I got picked up and thrown across the kitchen, and I hit the refrigerator. I was like, ‘Whoa!’ ”

-Scream Factory wants to release the original version of Event Horizon. See what the Snyder Cut has wrought?!?

-The Oscars will now include a locked 10 Best Picture slots — no more variation in a move aimed at diversifying nominees by literally adding more seats at the table for the final ceremony.

–Will Arnett is a dad again.

-This week was hard and listening to this weird ass new song by Glass Animals got me through it. I love how the second half of the video shows how he recorded it during quarantine.

-The trailer for Netflix’s Feel the Beat is ticking a lot of my boxes:  it looks adorably cheesy, it was shot in Toronto, it’s about dancing, and it costars the dad from Veronica Mars and the best friend from Crazy Ex-Girlfriend.