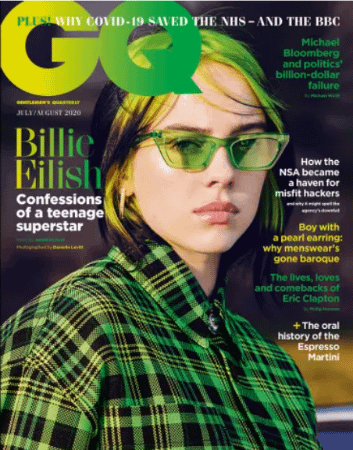 -Glee’s Amber Riley spoke out on the Lea Michele controversy, saying this was the first time in two years that the actress had called her. “I’m not going to say that Lea Michele is racist. That’s not what I’m saying…She’s also pregnant and I think that everybody needs to chill. Y’all dragged her for a couple of days. But at the same time, in my inbox there are a lot of black actors and actresses telling me their stories and were letting me know they have dealt with the same things being on set, being terrorized by the white girls that are the leads of the show.”

-This story about how Kiersey Clemons fell in love with her stunt double Ebony De La Haye on the set of Sweetheart is so sweet and exactly what I needed today. (Clemons is in the Nick Offerman movie Hearts Beat Loud, which is now on Netflix and is quickly becoming my go-to comfort movie.)

–Ellen Degeneres has responded to the backlash over her Black Lives Matter comments.

–Emma Watson is promising to learn and be better after she posted three black boxes but had not broken her silence before that.

-I love all the directors who pledged to hire John Boyega after he expressed concern that participating in the protests would damage his career.

-Here’s your weekly reminder that Jodie Turner-Smith and Joshua Jackson are still the best celebrity couple.

-A roadie for a punk band finds herself in too deep in the trailer for Viena and the Fantomes, starring Dakota Fanning, Evan Rachel Wood, Zoë Kravitz and Jon Bernthal.