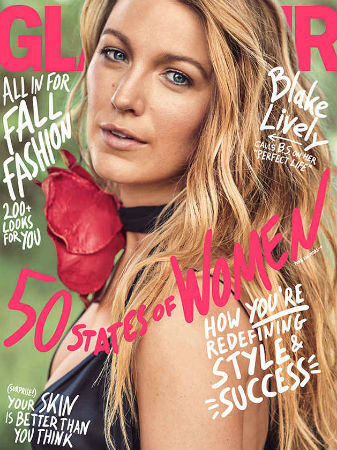 -What exactly is Blake Lively promoting right now that landed her the cover of the Sept issue of Glamour? Why is she only wearing one dress in almost all of the photos? Why is her rose choker so big? Sadly, none of these pressing questions are addressed in the interview, in which she talks about how her life isn’t perfect, how the election “awakened” her to be “more aware, more conscious, more sensitive,” and how she deals with sexist scripts.

-Speaking of September covers, Angelina Jolie has hit back at criticism over the “cruel” child casting game that was described in her Vanity Fair interview, saying the magazine’s take on it was “false and upsetting.”

-RIP Sam Shepard, who passed away at 73.

-On her press tour for Top of the Lake, Nicole Kidman expressed doubts about a second season of Big Little Lies, saying “right now it’s very up in the air unfortunately, but that’s just what it is.”

-Well this is terrifying: Kate Beckinsale’s stalker was arrested at Comic Con.

-I’m weirded out that every Game of Thrones fan I follow on Twitter seems to suddenly be shipping Daenerys and Jon Snow (and not just because they have the chemistry of wet cardboard).

-It’s been a rough weekend for HBO. First, the #NoConfederate hashtag trended so hard last night they had to release a statement, and then they got hacked and Game of Thrones spoilers have leaked online. What’s even scarier, the hackers claim to have stolen 1.5 terabytes of data from the company, which means we might get a Sony-level release of emails and employee info soon.

-Just in case you needed more reasons to watch Insecure (which you shouldn’t because it’s great), Regina Hall and Scott Foley headlined the fictional show-within-the-show in last night’s episode.

-I gotta wonder why Ben Affleck would even agree to pose for a photo with a fan in a liquor store?

-Post-Wonder Woman DC is not looking so great. Suicide Squad 2 hasn’t had a director since at least December of 2016.

-It’s going to be a tennis-heavy TIFF. Besides Emma Stone’s Battle of the Sexes, Shia LaBeouf’s Borg/McEnroe is set to open the festival. Here’s the first trailer. 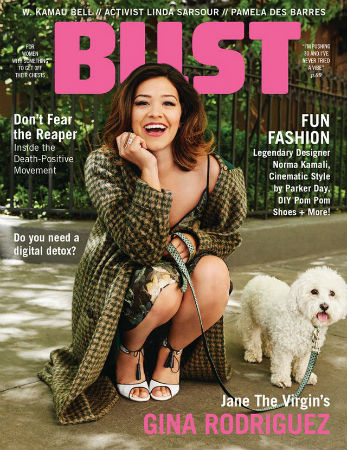 –Jennifer Aniston is set to return to TV. A new series about TV morning shows starring her and Reese Witherspoon is being shopped around to cable and streaming sites. (Remember when they played sisters on Friends?)

–Leonardo DiCaprio and Kate Winslet reunited at charity auction last night, where Madonna did a surprise performance and Leo got into a bidding war with Harvey Weinstein and ended up spending $400k for “a large portrait of the actor in paint and crushed-up plates by Julian Schnabel.” Stars, they’re just like us!

–Matthew Lillard is in the middle of a press tour for Twin Peaks and I’m finding it all very charming. IDK. It’s confusing. (He was also really great on The Watch podcast this week, where he talked candidly about how shockingly little character actors make).

-This is a really good dive into the controversy surrounding HBO’s Confederate announcement. Definitely worth reading.

–Naomi Watts and Liev Schreiber came together to celebrate their son’s birthday (not the one who awesomely dressed up like Harley Quinn at ComicCon, though).

-Critics HATE the Emoji Movie. It’s currently at 0% on RottenTomatoes. I wonder if TJ Miller wishes he could take back the last month or so?

-The actor who plays Hot Pie on Game of Thrones opened a bakery called “You Know Nothing Jon Dough,” which is the best.

-News that Girl Trip’s breakout star Tiffany Haddish said she’d “drink the juice” to work with Bill Cosby was swiftly met with disappointment. (As my friend Kat just tweeted, she “milkshake ducked.”) But Haddish explained today at the TCAs that she wasn’t serious: “You go through about 27 interviews … you’re gonna say some bad jokes.”

-There’s lots of odd but good news coming out of the TCAs today. Chris Pine will star in a 6-episode TNT drama directed by Wonder Woman’s Patty Jenkins, written by her husband, and inspired by Fauna Hodel. Showtime announced a new pilot executive-produced by Ben Affleck and Matt Damon about crime & corruption in early 90s Boston. Channing Tatum and Joseph Gordon-Levitt made an 80’s cop show  for Amazon that is a parody of a Romanian TV series. And we also got our first clip of At Home With Amy Sedaris, which will guest star Jane Krakowski and Justin Theroux.

–Stephen Soderbergh‘s new movie Lucky Logan, starring Channing Tatum, Adam Driver and Daniel Craig is getting amazing reviews. Weirdly though, it is credited to first-time screenwriter Rebecca Blunt…who does not seem to exist.

–William Shatner was involved in an accident with a horse but luckily he was not injured.

–Rob Lowe learned that one of his biggest fans was battling stage four lung cancer so he sent her an emotional video. *sob*

-The new IT Movie trailer looks amazing and I will never, never watch it.