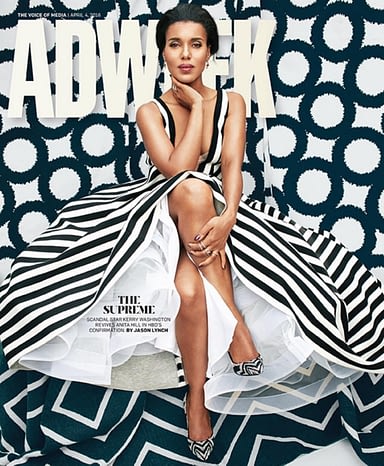 –Kerry Washington posted her new AdWeek cover on Instagram and shared her dismay at its obvious Photoshopping, saying “It felt strange to look at a picture of myself that is so different from what I look like when I look in the mirror.” It’s ironic too, since the article is all about how tightly and strategically she controls her brand. (It’s definitely worth a read. I love any celeb who not only acknowledges their social media manager, but shouts them out by name.)

–Ben Affleck and Ryan Seacrest are new clubbing buddies? This will end well.

-In a delightful new interview, Jake Gyllenhaal admits he had a crush on Jennifer Aniston ‘for years’, and talks how Heath Ledger’s death affected him.

-A Toronto city worker says he was taking photos of the sunset when a helicopter landed and Drake emerged and demanded he delete the photos. This paragraph paints the best mental picture ever: “Fearing conflict, he turned his back to continue taking pictures of the cityscape. That’s when Drake removed his fur coat, charged a portion of the fence without the barbed wire and scaled it.”

–Kesha’s case against Sony and Dr. Luke has been thrown out, and the judge’s comments are pretty terrible. “Every rape is not a gender-motivated hate crime.” Really? Cause it kinda is.

-I still haven’t caught up on The People vs OJ, but Vulture has a great interview with Marcia Clark. And another with a real juror.

-Jesus, just when I thought the situation with The 100 couldn’t get any worse, one of the stars just spilled some truth tea all over an interview and bashed the showrunner. If what he says is true and the network executives encouraged him to explore other roles, that’s both telling and damning.

-The showrunner in question just issued a statement wishing the actor “all the best” while completely avoiding the accusations of bullying on set. Has any show ever gone from ‘critically adored’ to ‘tire fire’ so quickly?!

–Aisha Tyler‘s is kickstarting a movie she wants to direct and we should all support it because she’s incredible.

-Speaking of the Broad City girls, who knew Ilana Glazer was once roommates with Crazy Ex’s Rachel Bloom?

-Us Weekly is reporting that Drew Barrymore is devastated by her split from Will Kopelman. What exactly were they expecting?!

–Janet Jackson delayed her tour because she says her husband and her are planning a family. She implies that she’s pregnant but she’s 49 so…maybe not?

-I like this article/rant about the molasses-slow pacing of streaming TV, inspired by The Path. I’ve only watched the premiere but damn, it’s soporific.

-There are so many women I love in this one photo…

–Beyoncé has sued Feyoncé, Inc. for trademark infringement. There can only be one Bey.

-It’s been a rough day. Here’s Tina Fey and Tituss Burgess singing “You’re Nothing Without Me.”