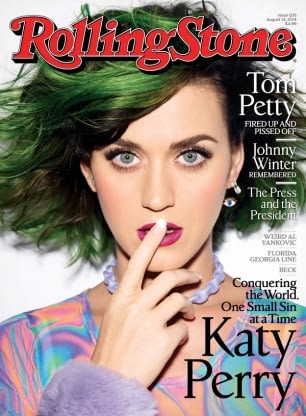 –Bieber responded by posting (and then quickly deleting) a photo of Kerr on Instagram.

-Meanwhile, the woman they were fighting over just launched a new 7 For All Mankind campaign — topless, of course.  Talk about good timing!

-I’m glad that John Oliver’s new show is getting so much love. It’s amazing how much I’m learning while laughing.

-Joss is so awesome, Tom Hiddleson wrote him a fan letter.

-I missed Zac Efron’s episode of Running Wild with Bear Grylls but apparently it was mad romantic.

–The Roots reacted to the Fifty Shades of Grey trailer on Fallon last night. Before the big “surprise” I love how into it they all were.

-Girls star Allison Williams has been announced as the star in NBC’s Peter Pan Live, and the Internet is not happy.

-Sad: Drew Barrymore‘s half-sister has reportedly been found dead of an overdose.

–Seth Rogen was in Montreal at Just for Laughs, when he surprised his audience by bringing out hockey great P.K. Subban and drinking beer from the Stanley Cup.

–Scarlett Johansson cut off all her hair and still looks great.

-The Guardians cast took on a 5-year-old superfan on Marvel trivia during Kimmel last night…and lost. (Only Vin Diesel seemed to want to beat her, though.)

–Kiefer Sutherland has responded to Freddie Prinze Jr.‘s comments on his unprofessionalism in a way that can best be described as a very polite “bitch, puleaze!”

-At Comic Con Mark Ruffalo interview-bombed Paul Rudd, who had no idea.

–James Franco proved on Fallon last night that he’s really bad at describing movies. And guessing them. And remembering ones he starred in.

–James redeemed himself, however, by showing us how to take the perfect selfie.

–Childish Gambino just pulled a Kendrick and claimed to be the best rapper alive. Sigh.

–Nicole Richie spoke to Oprah about her marriage to Joel Madden. Despite her reality show roots, I’m having a really hard time hating that girl these days.

–Blake Lively‘s welcome video for Preserve doesn’t feature her wedding dress after all. So basically the only thing that made her new website even remotely interesting wasn’t a thing at all.

-Inspired by Kim Kardashian, Stephen Colbert is “pitching” his own iPhone game.

–Cindy Crawford and her fam are currently vacationing in Muskoka and showing off their gorgeous photos.

-The Goldfinch is being turned into a movie. Let’s hope they drop that entire middle section that’s set in Vegas. Eesh.

–Penélope Cruz, Javier Bardem and Madonna have spoken out about Israel and the Gaza Strip.

-EW has the 10 best movie and TV trailers to debut at Comic Con.

–Jason Bateman woos Olivia Wilde  in the new trailer for The Longest Week. Billy Crudup is looking a little rough, no?