-Ouch! Kelly Osbourne just got the word “stories” inked on the side of her head. Just looking at this gives me a headache.

-Community has been saved! Yahoo picked up the show and will stream a new season. Cool cool cool.

–Shia LaBeouf has reportedly checked into rehab. Let’s hope he gets the help he clearly needs.

-No surprise here: trying to eat like Gwyneth Paltrow for an entire week will mess you up real good.

-VH1 tried to do an #AskThicke hashtag with questions for Robin Thicke, and it was a messy, glorious PR fail.

–Ben Affleck and Jennifer Garner spent less on their anniversary dinner than I spent at a restaurant last night. I really need to start bringing my own wine…

-Meanwhile, Mark Ruffalo implied that Ben wouldn’t let Jen stay in touch with him after shooting 13 Going on 30. As if that woman doesn’t already have enough shit from him to deal with.

-Did you know that the girl who plays Sherriff Bellfleur‘s daughter on True Blood could dance?

–Kerry Washington made her first red carpet appearance at the BET Awards since having a baby, and she was flawless.

-Also at the BET Awards, Nicki Minaj used her long, rambling speech to take a swipe at Iggy Azalea, and Robin Thicke continued to embarrass himself.

-Meanwhile, Taye Diggs and his new GF Amanza Smith Brown made their red carpet debut at the BET Awards.  I’m not ready to process this.

–Erykah Badu tried to kiss a TV news reporter during a live broadcast but he was having none of it.

-This whiny article about how Orange Is the New Black needs to focus more on male characters is cringe-worthy and unbelievable.

-Meanwhile, the cast of Orange Is the New Black attended the NYC pride parade.

-Beyonce and Jay Z show Justin Bieber’s mugshot during their concert because they can get away with anything.

-Paramount is trying to claim that Transformers made $100 million this weekend, but no one’s buying it.  It came awfully close, though.

-Speaking of Justin Theroux, you can watch his new HBO show The Leftovers for free online. I liked it, but it’s unrelentingly bleak. I think it’s going to be like Hannibal; easy to admire but hard to fully enjoy.

-I’m taking Tuesday off for Canada Day. Amuse yourselves with this video of Zac Efron dancing on a table.

-Watch Kristen Wiig and Bill Hader playing estranged siblings trying to get back on track in the trailer for ‘The Skeleton Twins, which killed at Sundance.

-At what point does Shia LaBeouf become not fun to talk about any more? ‘Cause I feel like he might be at the “about to grab an umbrella and wail on a pap’s SUV” stage. Last night he was handcuffed and removed from a Broadway show by police after shouting obscenities, slapping fellow theatre goers and smoking. He allegedly spat at a cop while he was being arrested and yelled “Do you know who the f–k I am?” Oh, and he chased a  homeless man around Times Square. The whole thing played out on Twitter.

-On the plus side, he should be happy he’s no longer associated with Transformers. The new film is being slammed by critics.

-Congrats to Courteney Cox and Johnny McDaid, who are engaged.

-Want to see Alison Brie sing a love song to shoes? Of course you do!

-Here’s a weirdly charming video of The Fault In Our Stars actor Ansel Elgort dancing with his girlfriend.

-It’s official: Jenny McCarthy and Sherri Shepherd are both leaving The View. That means Whoopi Goldberg is the only person left.

–Kourtney Kardashian went shopping in a bathrobe ’cause eff it.

-The new Masters of Sex trailer is steamy!

-Sad: Liam Neeson‘s nephew is in critical condition after falling from the top of a seaside phone booth in England. That family needs to catch a break.

–Amy Adams gave up her seat in first class for a soldier because she’s awesome.

-Sorry Kristen Stewart, but Snow White and The Huntsman is getting a Snow-free spin-off.

–Seth MacFarlane is going to double any new donations given to the Reading Rainbow Kickstarter. This almost makes up for A Million Ways to Die.

–Bruce Willis and Jason Patric star in the new trailer for The Prince. 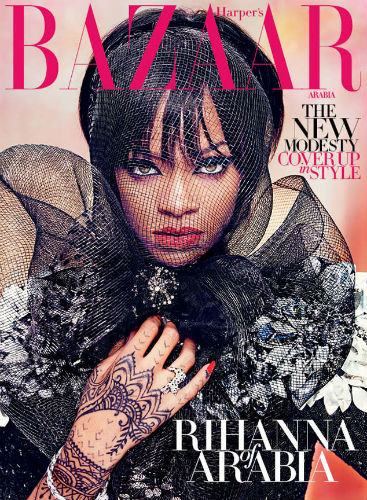 -It’s a look we’re not used to seeing, but Rihanna looks stunning (and surprisingly modest) in her new cover shoot for Harper’s Bazaar Arabia.

-Want to feel like you attended Beyonce and Jay Z‘s wedding? Just attend their concert instead.

-Also, Beyonce performed in an assless bodysuit last night. That is all.

–Shailene Woodley says she’s currently living with Laura Dern, who played her mom in The Fault In Our Stars. She also calls Kate Winslet  a “badass mothaf—a.”

-Meanwhile, if you loved The Fault in Our Stars, this is great news:  Sarah Polley is in talks to adapt another John Green book.

-Meanwhile, Kim posted a nipple-rific selfie on Instagram and it quickly got 663k likes because humanity is awful.

–Will Ferrell unexpectedly showed up at a World Cup pep rally in Brazil — and his speech was perfect.

–Meg Ryan and Tom Hanks are in talks to reunite for a new movie. I so want this to happen!

–Gary Oldman took his apology tour to Jimmy Kimmel’s show last night, telling him “I’m an a-hole; I’m 56 and I should know better.” Too bad I don’t believe a word coming out of his mouth.

–Jenny McCarthy will probably not return to The View next season because she’s horrible and the audience knows it.

-North Korea has threatened “merciless” retaliation if Seth Rogen and James Franco‘s new movie The Interview is released, calling the film “an act of terrorism” (which, frankly, could describe any of James Franco’s recent art projects.)

-I could watch Russell Brand ranting against Fox News every day for the rest of my life.

–Neil Patrick Harris says the one and only time he slept with a woman was the result of a girl whose friends bet her to have sex with Doogie Howser.

–Channing Tatum and Jenna Dewan are denying reports that their marriage is in trouble. Now if they would just address those drinking rumours…

-Here’s the first trailer for Life After Beth, starring Anna Kendrick and a zombie-fied Aubrey Plaza.

-A judge has ordered Scandal star Columbus Short to pay $17k/month in spousal support and $4.5k/month in child support.

-The guy who played Jesse in She’s All That just landed a role in Netflix’s Daredevil.

-It’s official: Lindsay Lohan really is going to star in London’s West End revival of David Mamet’s satirical play Speed-the-Plow. I do not understand this life.

-Downton Abbey’s Dan Stevens gets his creep on in the new trailer for The Guest.